Wrongly Fired Worker Takes Entire International Division Down With Him 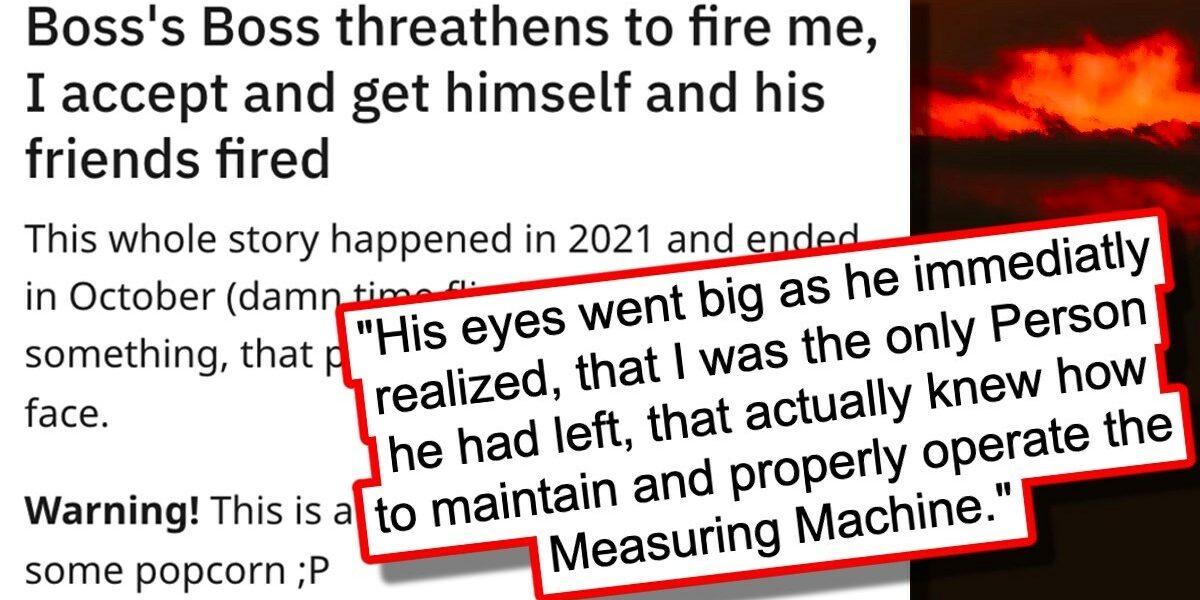 This story was posted by Reddit user u/Warrior044 who shared an intricate and detailed account of when they were threatened to be fired by their boss’ boss. They had been working for a massive American corporation that had various international divisions that were based in other countries.

In a lengthy introduction, u/Warrior044 describes how they were responsible for the operation of a machine that was relatively simple to operate but “immensely important” to the operations of the facility. The team operating the machine was marred by the presence of one incompetent individual, who also happened to be friends with the boss. Their incompetence would cause a series of cascading events that would bring the entire division down.

For more horrible bosses check out this one that repeatedly called a woman while she was on vacation.