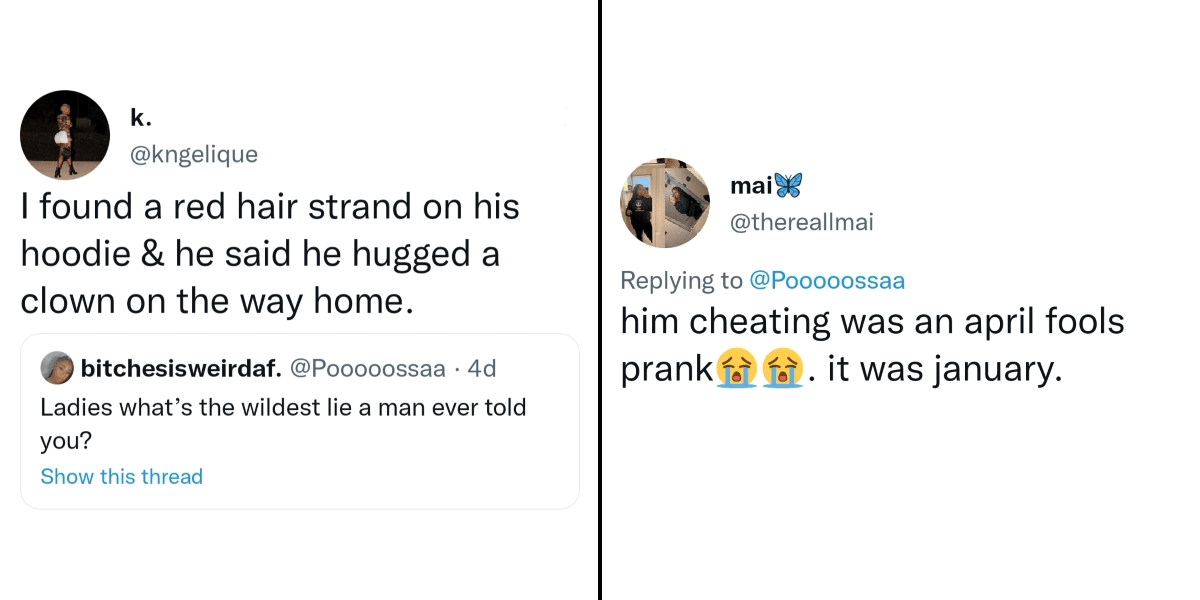 While different genders don’t see eye to eye on many topics, something we can tentatively agree on is that many men have a creative relationship with the truth. This may have the #notallmen crew up in arms, but there’s no doubting that the worst of the male cheaters and philanderers out there spend a lot of time lying. Unbeknownst to the rest of us, they seem to have gone to school with a major in covering their tracks — yet not all of them have passed with flying colors. People will say some pretty wacky things to get out of trouble at the best of times, but when they’re trying to placate an angry girlfriend, things get even wilder.

This has been proven in a thread that cropped up on Twitter recently, in which women listed all the craziest things that they had been told by men. It’s hard to tell whether they think the female gender is that dumb, or they simply lack the critical thinking skills themselves.