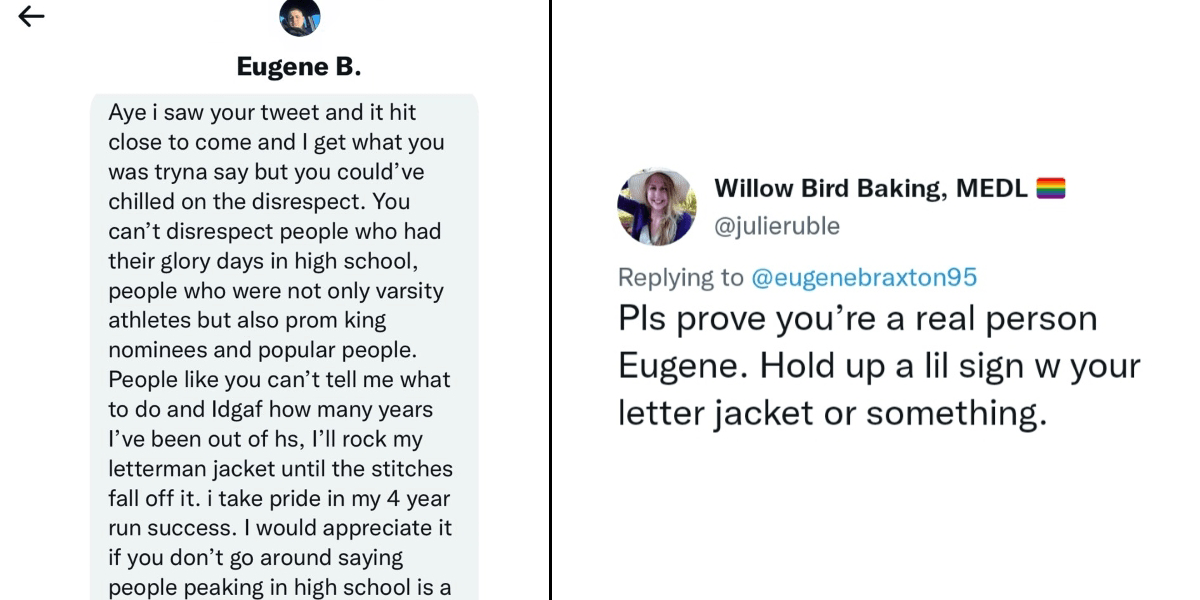 Perhaps because the most terminally online tend to be diehard dweebs, it is quite a task to find people on the internet who will claim to have enjoyed their time at high school. There’s no denying that the ages of 14 to 18 can turbulent, and many find that it is made all that much worse by being pushed through the unforgiving environment of the education system.

Our latter teenage years can be some of the most difficult and confusing, but at least those of us who didn’t find them that fun can be safe in the knowledge that once they’re done, one of the crappier parts of life is out of the way. Meanwhile, those who ended up having a blast have to live with the fact that a load of their best times are behind them at a very young age.

This can be hard to accept for some, as @__semiaaa recently had the misfortune of finding out. After responding to a prompt tweet asking if high school had been a good experience with a negative answer, she faced the wrath of Eugene, former varsity athlete and defender of happy and popular high schoolers everywhere (despite the fact he graduated a decade ago). Many on Twitter were baffled that Semia’s simple proclamation had touched a nerve in that way. Nobody’s trying to take away fond memories about being 16, even if you’re in a minority.