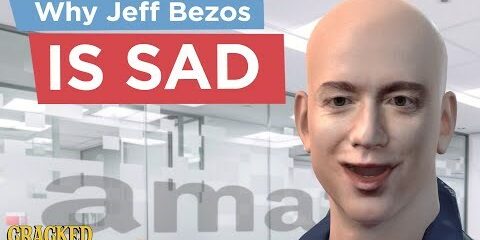 Ever wonder why billionaire Jeff Bezos is hated by an awful lot of people in the world? Well, it probably has something to do with the fact that  is known for stiffing his hard workers, making the robot takeover seem like an imminent possibility, and for, like, going to space. He’s just way too freaking rich, and as is the case with most people, this makes for some cringe and clueless behavior. Jeff Bezos may be a billionaire intent on conquering the world, but he’s also just a sad, cringe dude with garbage friends. As our friends at Cracked are more than happy to point out.