Weird Al is Being Celebrated For Telling Fans How to Pirate ‘Weird: The Al Yankovic Story’ 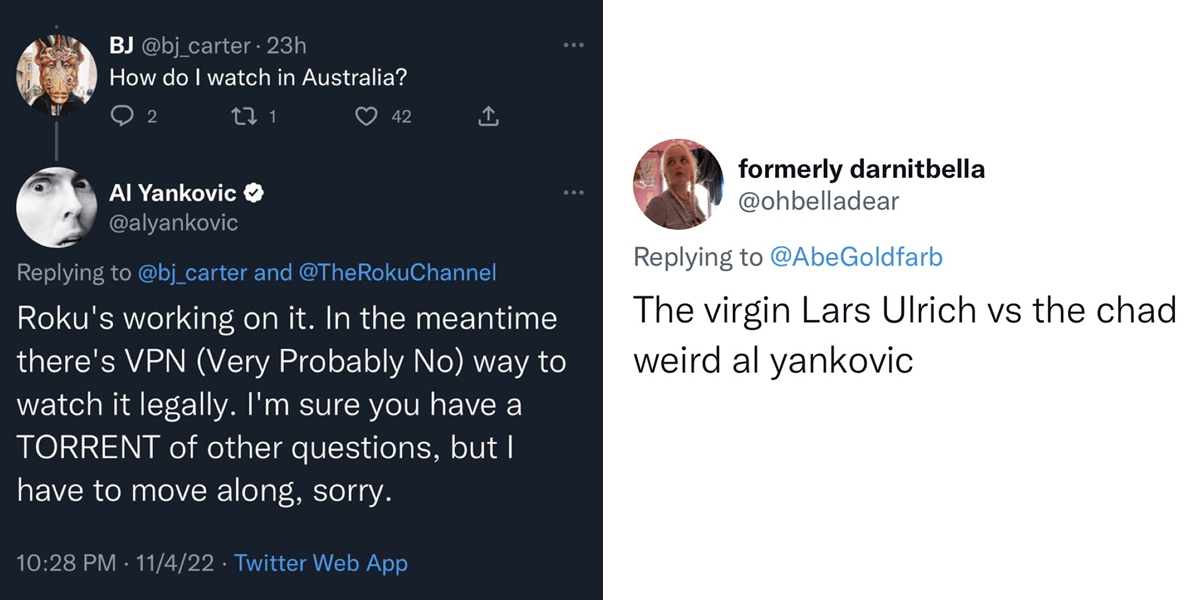 Musical parody genius Weird Al Yankovic has never been shy about his opinion on pirating media. His track “Don’t Download This Song,” which is a parody of “We Are the World’ style charity songs took pretty pointed aim at the legal battles surrounding music downloading sites such as Napster, and the stars (mainly Lars Ulrich) who took the side of record companies in absurd cases against seven-year-old children and dead grandmothers. As a ’90s kid who used Napster in class, and was well aware of the dangers it posed to my school, and when at home, my family, his stance was refreshing. And it seems like he hasn’t budged in his championing of accessibility.

Weird Al’s latest creative endeavor is a biopic that, naturally, parodies other biopics. The film stars Daniel Radcliffe as the funnyman and is available to watch for free on the Roku Channel. The channel isn’t available globally, which means many fans of Yankovic are left to their own devices where watching Weird: The Al Yankovic Story is concerned. When Twitter user @bj_carter asked about how to watch in Australia, Weird Al himself chimed in to not-so-subtly instruct the Aussie on how to pirate his very own biopic.