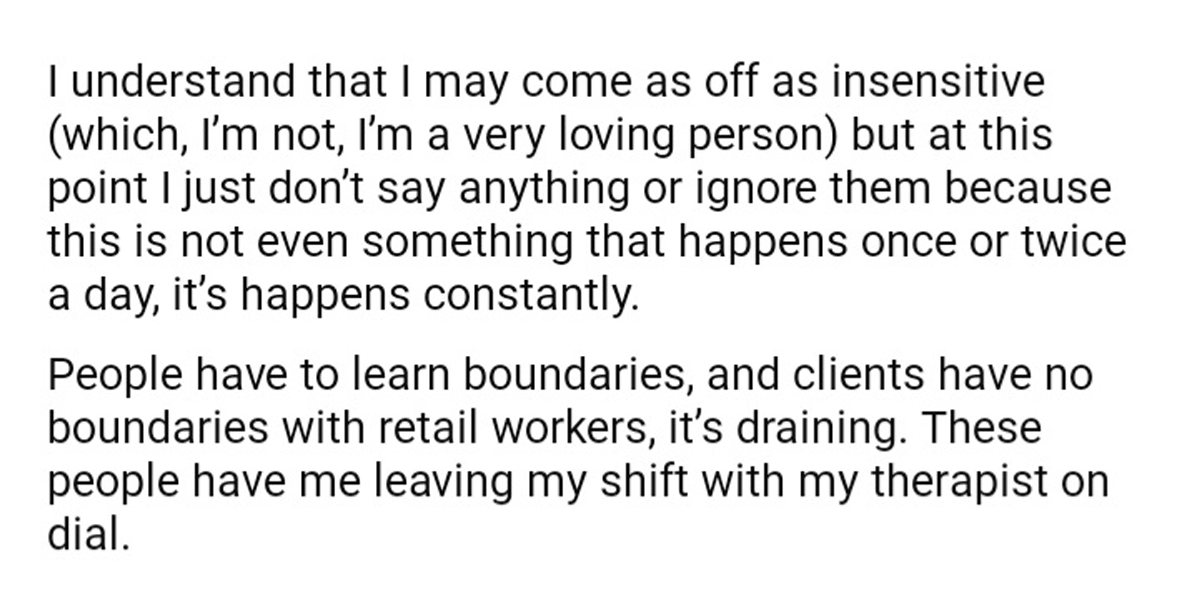 Anyone who has worked with the general public for minimum wage can tell you that it’s traumatizing. What not everybody will clarify, though, is that sometimes this suffering comes from the trauma of the customer, as well as your own. As a random stranger paid to perform a service for others, you tend to come across a surprising amount of people who can’t help but overshare. It is something that has started to frustrate u/-FemaleEnergy, a cashier who is sick and tired of being treated like an impromptu therapist by those who she is ringing up.

Sharing a rant about this behavior to r/TrueOffMyChest and claiming that it was making her own mental health worse, it led to a thread that was both interesting and sad in its explanation of this behavior, as well as some tragic examples. Therapy might not be accessible to everybody, but it sure as hell should be.