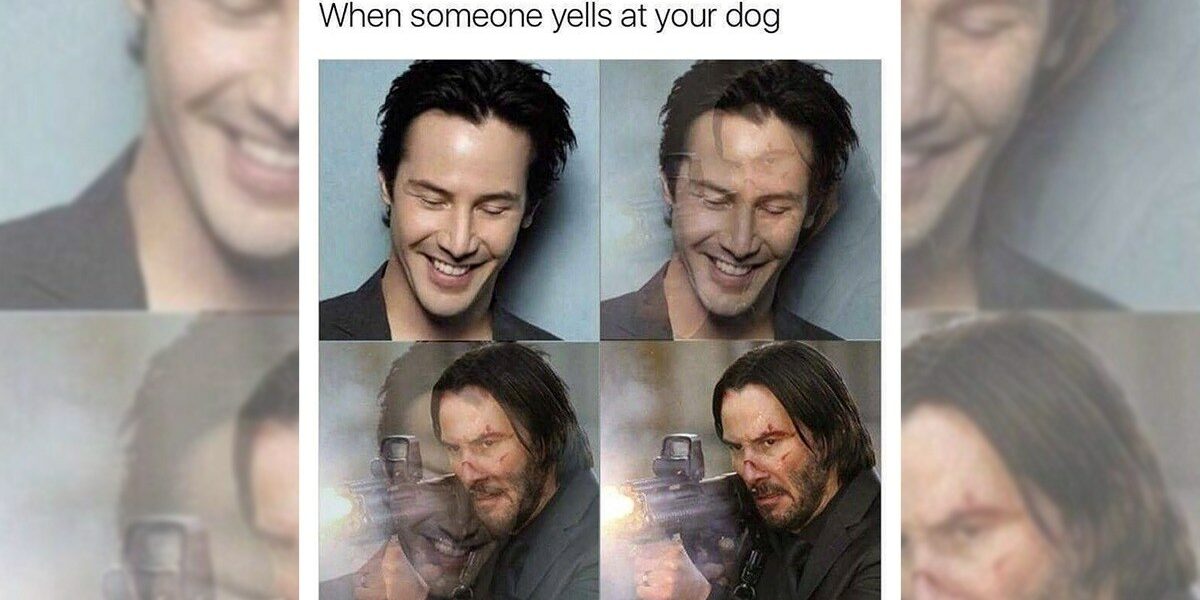 If you are a John Wick fanatic then you are gearing up for John Wick 4. The trailer just dropped and it’s more epic than ever before. The sweet sweet actor Keanu Reeves even said he would make John Wick films as long as the fans wanted it and by god we want it! It is comical how bonkers the character John Wick is. He literally chooses violence for every situation. And yet, the actual human being Keanu Reeves is a sweet handsome angel that has done no wrong in the eyes of his fans. But there is one thing Keanu and John have in common and that is that they both most definitely love puppies. John Wick will take your last breath if you mess with his dog and Keanu would just be so sad that you wouldn’t be able to live with yourself. So they’re more similar than you’d think. You know what else Reeves and Wick probably love? Memes, baby!
(Watch the trailer here.)