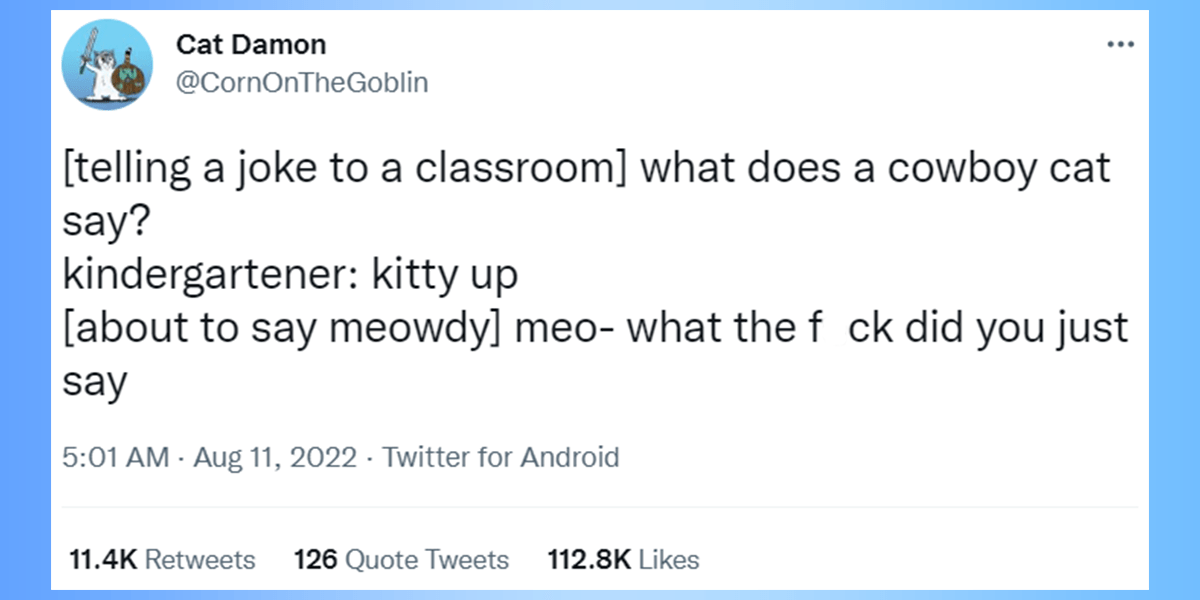 We, as humans, tend to think that we’re the most intelligent creature in the room. We’ve been told that humans are the superior race our whole lives, can you blame us? That brings us to underestimating quite a few creatures – all the way from cats to babies (because yes, babies are a whole different species until they grow up, don’t argue – have you ever interacted with a baby?). Of course, we already know that cats are freakishly smart, and we have seen – more than once – cats outsmarting humans. But that doesn’t make it any less hilarious to us when humans who think they’re oh- so smart get outsmarted.

And this kindergartener sure did outwit his teacher by coming up – on the spot – with the most purrfect cat pun ever. It’s a pun so bad it’s actually good. We love it. This kid will clearly be a stand up comedian one day – their timing is absolute perfection.