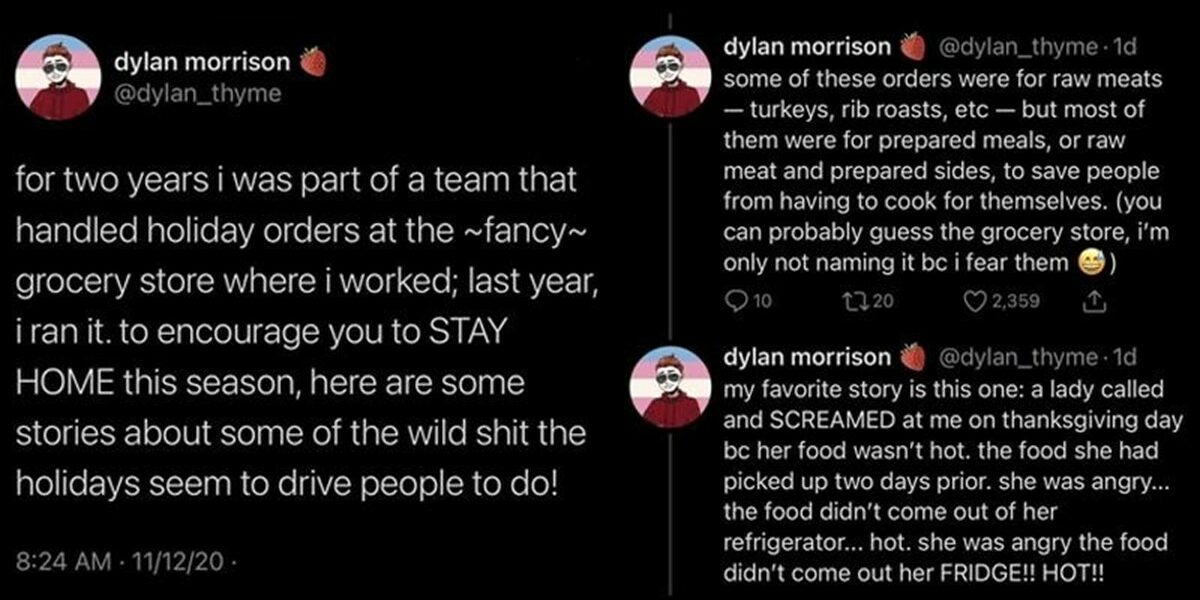 It doesn’t take a genius to know that working retail during the holidays is an absolute nightmare. But Twitter user @dylan_thyme took to the site to share how insane it is to work in a fancy grocery store in particular. The thread they put together is full of impressive stories, from shows of extreme entitlement to people who are apparently willing to throw away money. It’s a thread filled with trashy atrocities – and of course, there are plenty of Karens to contend with just about every day. Seriously, who complains that food they picked up two days ago has since gone cold while sitting in their refrigerator?

Lots of people apparently didn’t even show up to pick up their expensive pre-prepared food, and plenty of the people who did pick it up just tossed it in the oven… packaging and everything. What?

Let’s all resolve to be extra nice to grocery store workers this year. They deserve it.