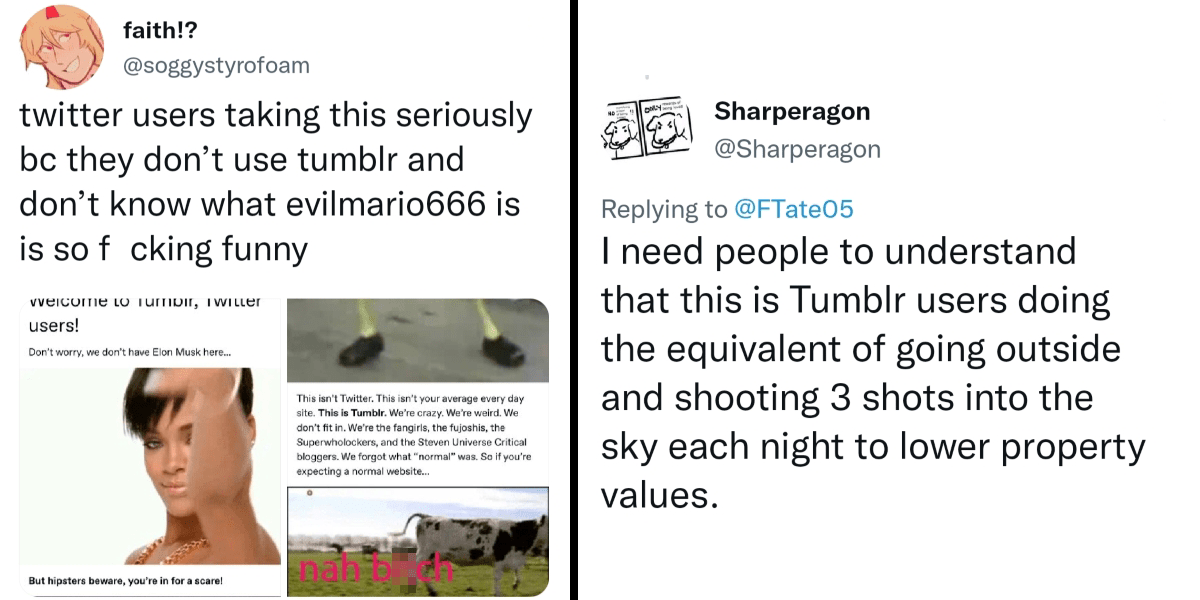 The only thing that parts of the internet seem able to talk about lately is the slow motion car crash of Elon Musk buying Twitter. Whatever side of the argument you fall on, there’s no doubt that the whole thing is going to make the infamous social media platform unrecognizable soon enough. For a growing number of dissenters, the solution to this has been simple: Twitter users should flock to the epicenter of billionaire-free internet weird, Tumblr. The iconic site has long been overdue a revival, but it is only going to happen if those who still call it home allow it. By the looks of things, they’re not too happy about the idea of Twitter coming to visit. This has been shown in a recent cringey post that was enough to scare off @FTate05 from ever visiting. Multiple people pointed out that it was a humorous grift, but it remains clear that Tumblr long haulers will not be going down without a fight.