Treasurer Withholds Employees Check From October, Says He’ll Get it in December 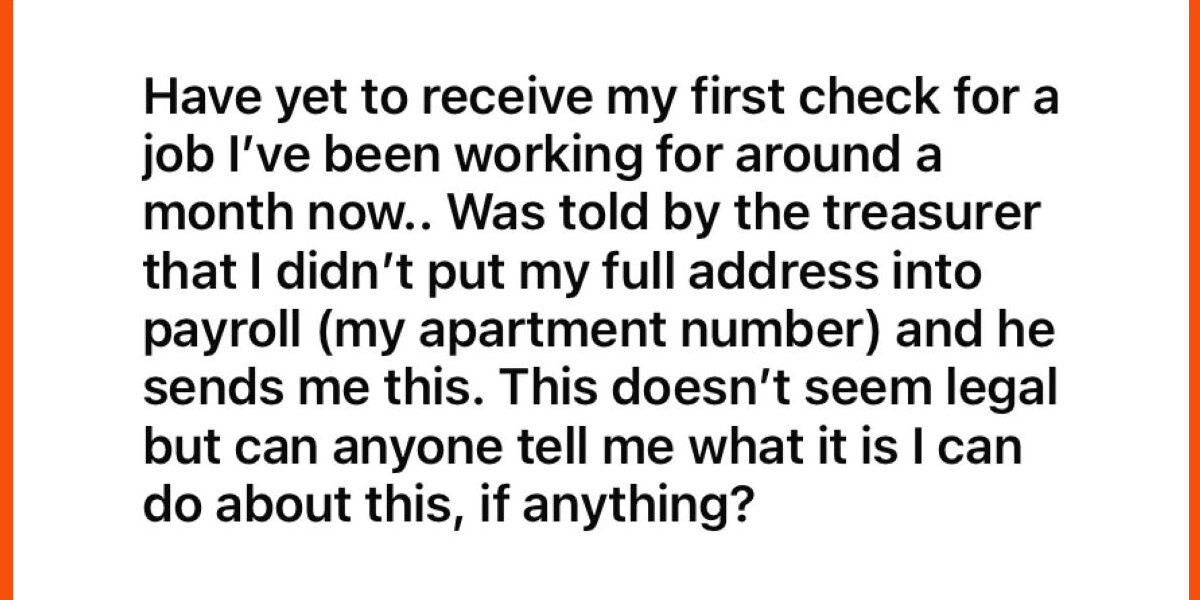 There’s nothing worse than waiting to get paid by a shady corporation. When I worked at a restaurant during my senior year of high school, my boss told me that the clock-in system was broken. He told me not to worry and that he would ensure I got the time I worked during those shifts accounted for. I did as I was told and didn’t clock in for about 5 or 6 shifts during the Christmas season. Little did I know that I would never see any of that money from those shifts. I don’t know if my boss forgot or if they were intentionally jilting us, but after that seasonal stint, I was done.

Unfortunately, I’m not the only person who has lost out on payment from their job. Redditor u/Specialist-Truth2648 accidentally forgot to put their apartment number on their address. The result? The treasurer at their job is withholding their check until December.

A Splash Of Memes For Some Freshening Up
December 2, 2022