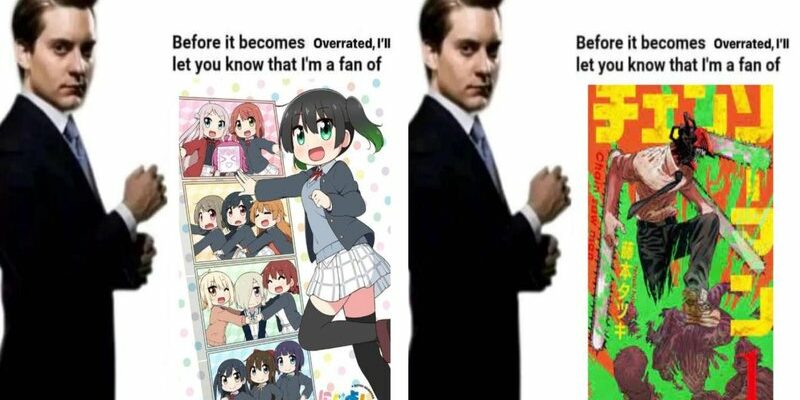 “Before it becomes overrated, I’ll let you know that I’m a fan of X” refers to a catchphrase in which a person explains that they were a fan of an anime, game or film before it became overrated. It became a meme when it was paired with an image of Tobey Maguire and was used to show ironic appreciation of various pieces of media