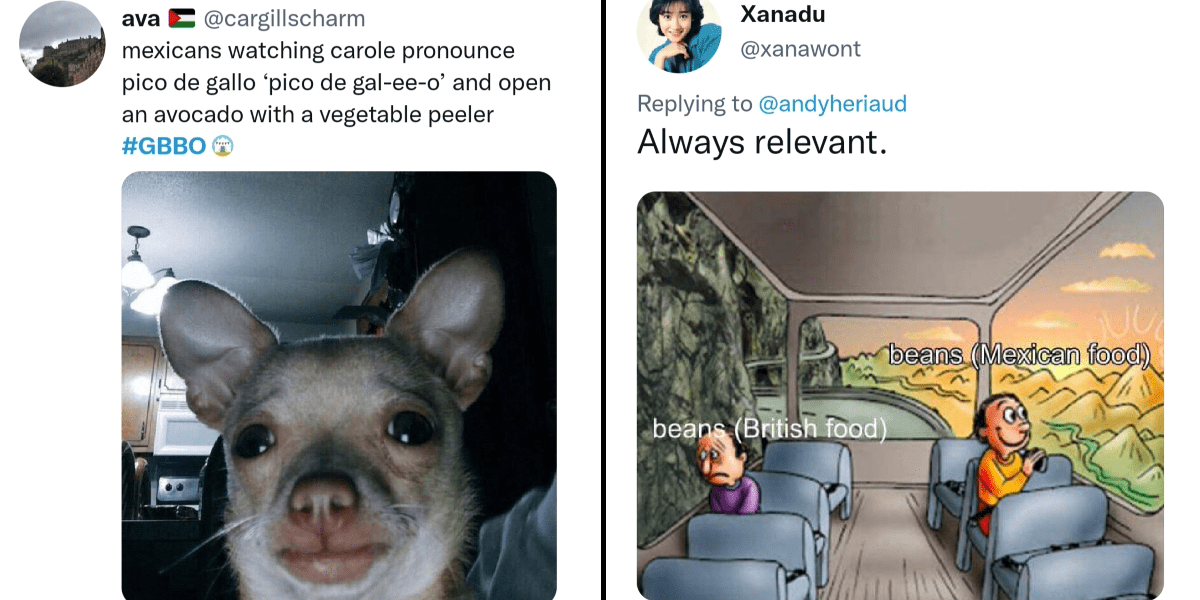 I’m not on board with the idea that food in the U.K. is universally bad. With such a melting pot of cultures, there are plenty of amazing types of cuisine to be found across the British Isles. And you know what? A lot of the traditionally English fare that gets slandered can be pretty good too (unless we’re talking about jellied eels).

Usually, one place where we can see proof of this is national treasure T.V. The Great British Baking Show. A hearty mixture of scones, pastry-based double entendres, and oven mishaps, many of its best creations showcase how at least some British people know how to whip up a storm in the kitchen.

This was not the case last week, when the latest episode raised eyebrows around the world for making an attempt at interpreting Mexican food. Seeing as there isn’t a whole lot of Mexican influence in Britain, it’s no surprise that it’s not the place to go for the perfect taco. That didn’t stop GBBS, however, and it’s fair to say that their attempt was nothing short of horrifying.

Filled with questionable cooking, even worse pronunciation, and let’s not forget the unforgivable stereotypes, the internet was aghast that this idea had ever been considered. On the other hand, at least it made for some funny reactions. Seriously, who doesn’t know how to say guacamole?