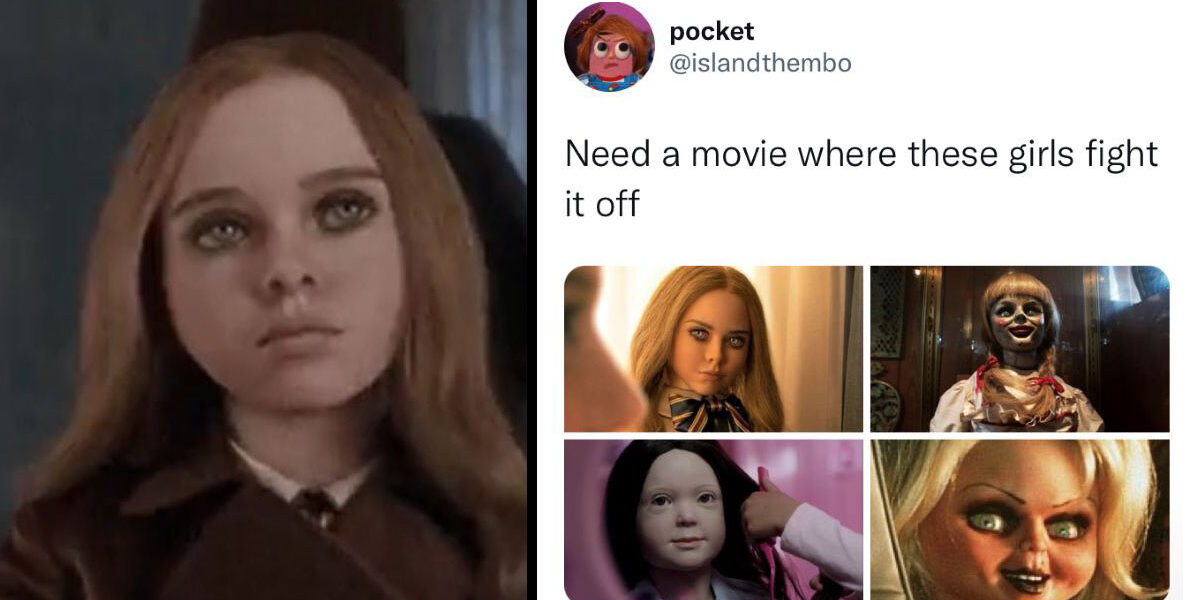 There’s a new dancing doll in town, and her name is M3GAN. Horror movies such as Childs Play and Annabelle have put creepy dolls on the map as certified horror icons. However, creepy dolls don’t just have to be red-headed Raggedy Ann-esque weirdos. They can also be uncanny-valley animatronic dancing girls who are both killers and fierce divas!

Earlier this week, Universal came out with the trailer for their upcoming horror movie M3GAN, which follows a woman named Gemma who takes in her young niece Cady after her parents die in a car crash. Gemma gifts Cady an animatronic doll that speaks and later becomes her best friend, defending Cady at all costs. As the trailer shows, this doll will kill for her best friend. One section of the trailer where M3GAN dances to a Taylor Swift song caught the attention of Twitter, leading the movie and the titular character to get meme’d into the ground.