The Dankest Dark Souls Memes for Bearers of the Curse 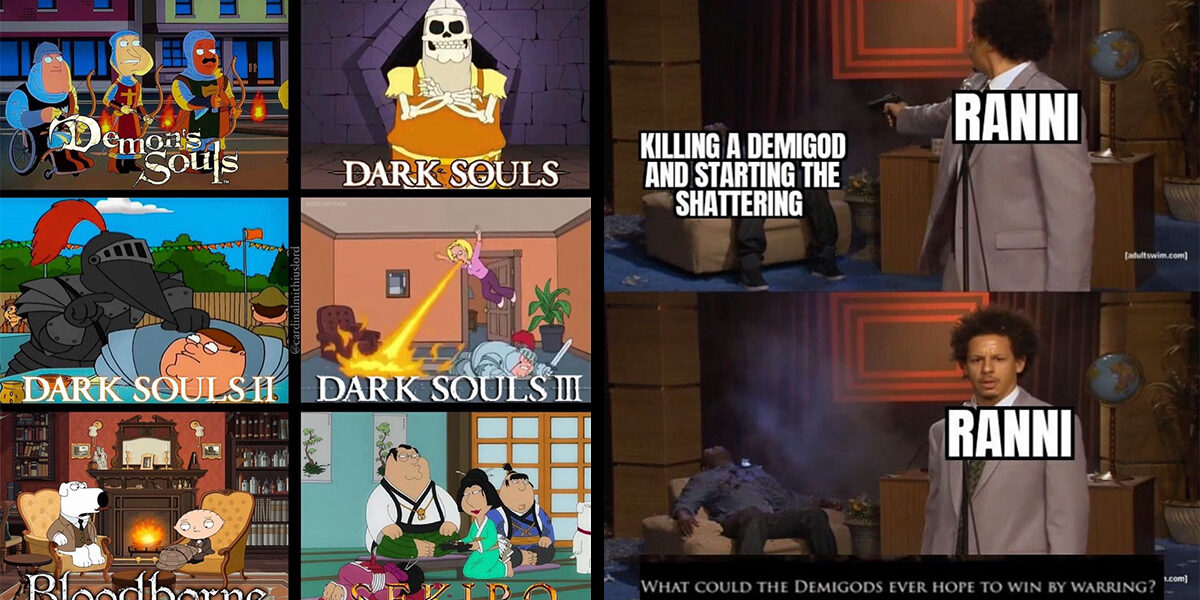 I’ve got to be honest…I can’t pretend like I’m some sort of seasoned Dark Souls veteran. I’m one of those noobs whose first FromSoftware experience was Elden Ring. And even though my gamer sister was urging me to ease into Elden Ring and develop a taste for the cryptic lore by at least playing Dark Souls II first, I ignored all of her advice and dived straight into FromSoftware’s most viral sensation to date. Let me tell you, I did not have an easy time. I probably changed my starting class a few times after failing to defeat the Tree Sentinel, as if it would make any difference. By my fourth attempt, I realized that I just had to level up and then revisit the dreaded beast. But that’s the beauty of Souls games—you just have to figure it out for yourself, or at least, Google the hell out of every little detail until you’re finally comfortable enough in the game to enjoy it. If you’re here, I’m sure you’re a more loyal Souls fan than myself, which is why I’m sure you’ll enjoy these highly niche Dark Souls memes.