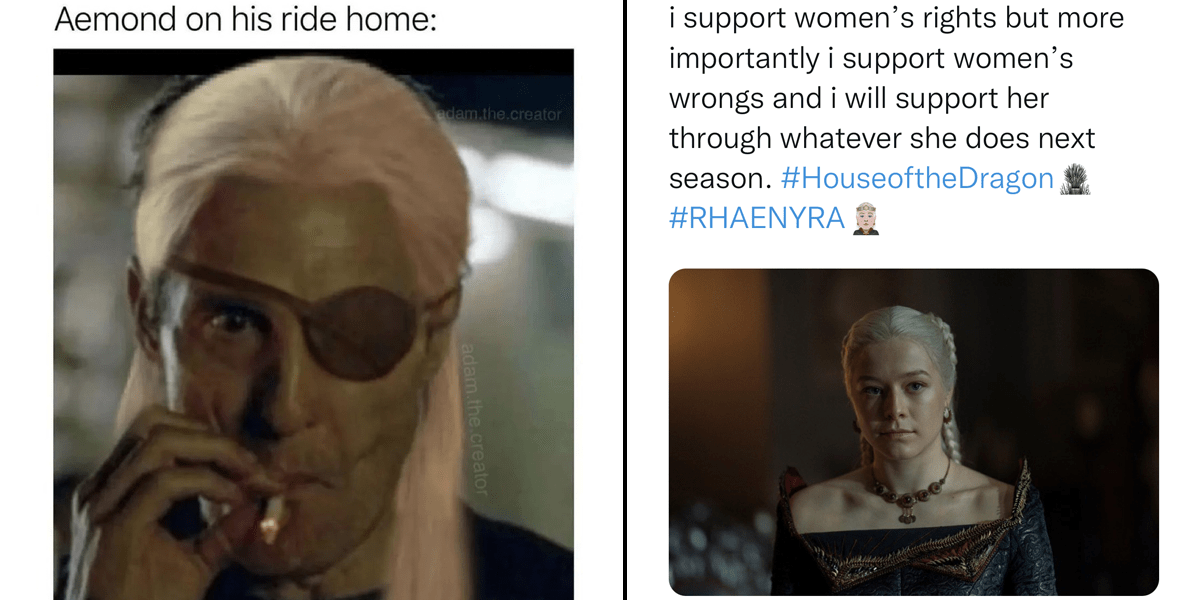 It’s been a rocky road for me and HBO’s House of the Dragon. And I’m pretty sure many other Game of Thrones fans would agree. There’s a lot to complain about – the constant recasting, at times, the painful writing. Due to the aforementioned flaws, the series’ character development is certainly lacking. But despite the gripes, we still felt some serious loss after Sunday’s shocking finale came to a seemingly abrupt end. As a pretty serious fan of George R.R. Martin’s worldbuilding, I knew that this episode would end with an uncomfortable death or two. I just didn’t expect it to be so meme-worthy.

So, uh yeah, we were kind of emotionally destroyed by Aemond and Vhagar’s chase and then attack on young Lucerys Velaryon and his dragon, Arrax. It’s not surprising that Aemond would jump at the opportunity to antagonize his half-nephew, especially after that scene in Borros Baratheon’s court. But man, did this hit us hard. The way ancient Vhagar completely dwarfed the young dragon Arrax was incredibly dramatic, and laced the scene with a foreboding we really didn’t see coming. The chase – which doesn’t occur canonically – adds much to the suspense, and the eventual shock, of Vhagar ripping Arrax and his owner to shreds.

None of this feels fair, and we’re really feeling Rhaenyra’s immense grief and rage. But the depth of her loss, and the violent, dramatic way it occurred, are far from off-limits to the meme makers of the internet. And you know what? The injection of humor does make it feel a little better.