The Best Prince Harry Memes That Celebrate the Rebellious Royal 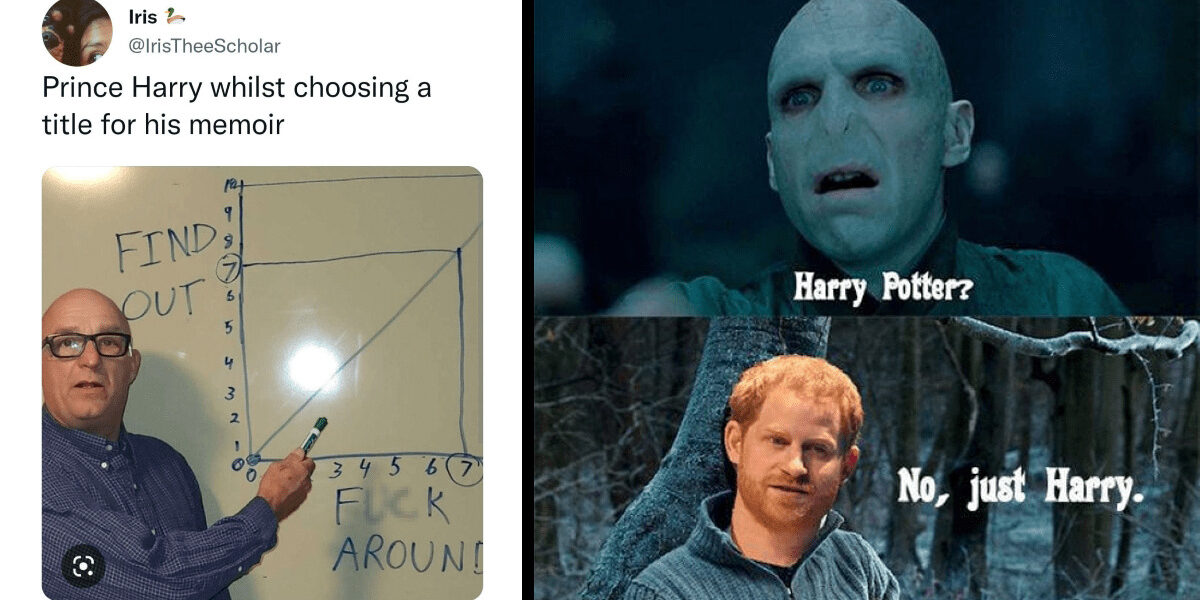 When it comes to the British royal family, it’s fair to say that nobody has rocked it as an institution in recent years more than Prince Harry (assuming we make like the rest of them and turn a blind eye to the sordid dealings of Prince Andrew). The departure of himself and Megan Markle from royal duties was more than two years ago, but it’s still a contentious topic among royalty fans and celebrity gossip lovers alike.

Just when we thought the weirdos who can’t be quiet about Megan were going to start running out of things to talk about, the Prince dropped the bombshell yesterday that his memoir was going to be published in January. Titled Spare in reference to his intended place in the line to the throne, people are eagerly anticipating the revelations it will inevitably bring just months after the passing of Queen Elizabeth II.

In the meantime, we’ve got a few memes featuring the disgruntled royal to tide us over. William might be the next king, but he’s not quite as memeable.