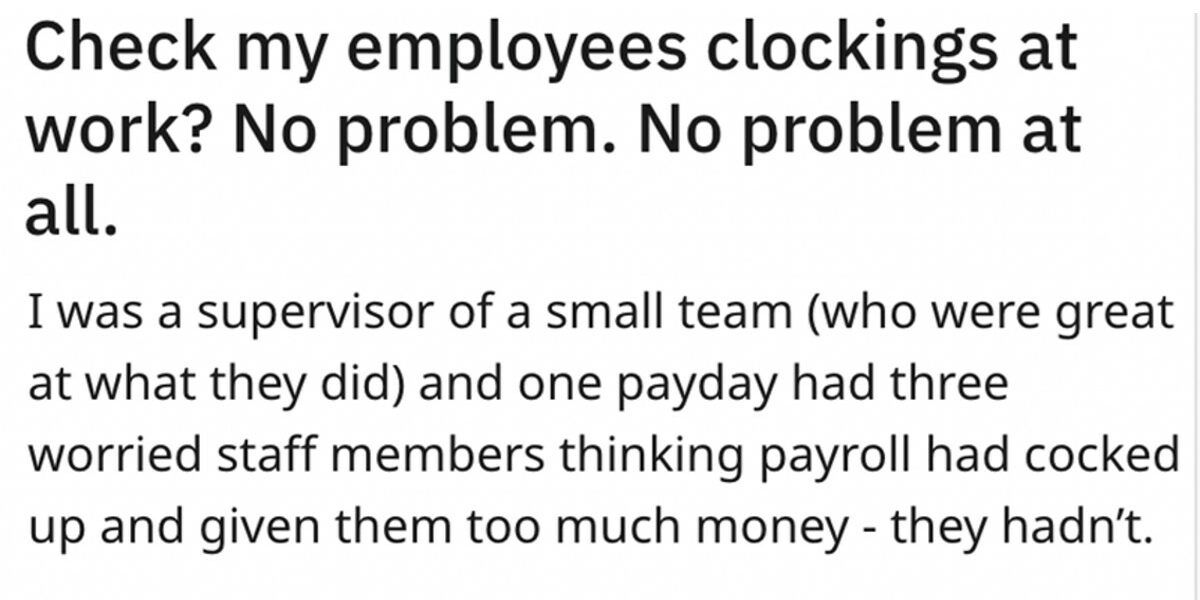 One of this supervisor’s team members got pulled up by management for coming in five minutes late. It got back to the supervisor’s direct boss, who instructed them to audit their clock-in and clock-outs to determine which employees they could dock time off.

Due to their personal circumstances, the supervisor couldn’t care less about getting on their boss’s bad side, but they did what they were asked and started going through the clock-ins. What did they find? Well, the boss really wasn’t going to be happy about it. Three of the team members had been working much more than they had been claiming and were owed a lot of money by the company.

This thread was posted to r/MaliciousCompliance by the supervisor, Redditor u/Danjcb, who shared their story of this brilliant malicious compliance. After all, they did exactly what their boss had asked them to.

Scroll on for images of the story and reactions.