Spicy History Memes That Playfully Poke Fun At the Past 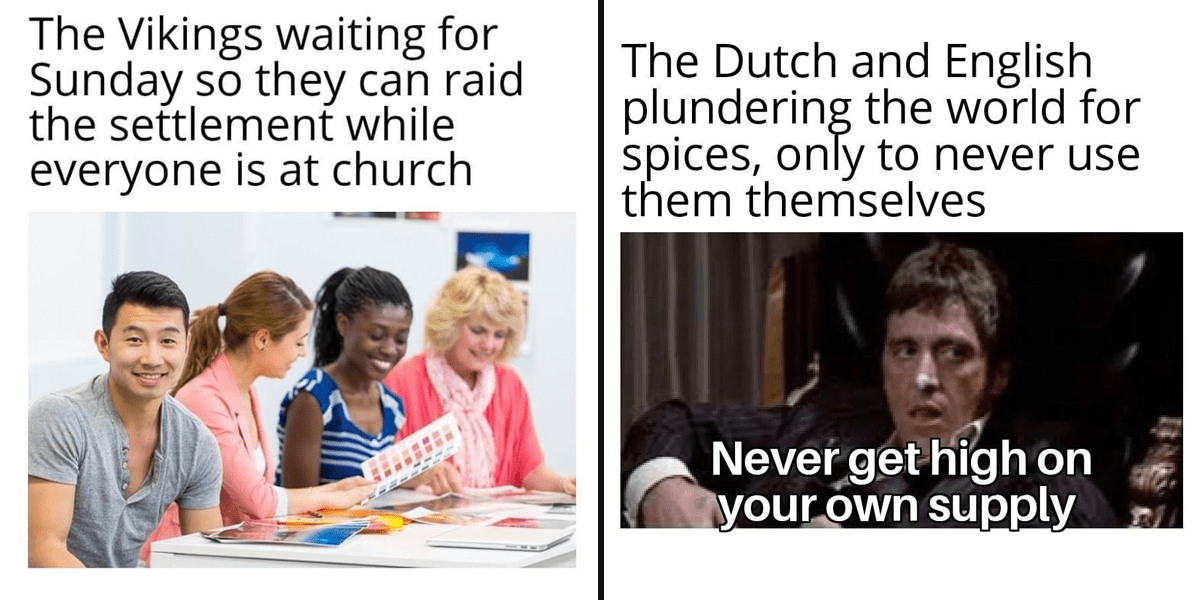 Many people say we’re living in unprecedented times, but we imagine there have been more than several periods of history that felt charged with the same precarious energy. This may be our first time really getting those rights taken away from us, but we all know that it’s happened before. Which is pretty damn backwards. We usually have a blast collecting history memes for galleries like this, but it’s a bit more bittersweet now that we’re dealing with situations that will be memed generations from now. And while we don’t want to be the butt of the joke, it’s only fair. We’ve been laughing at history memes for years. Maybe it’s just our turn.