Skyrim Memes For Gamers With a Sense of Humor 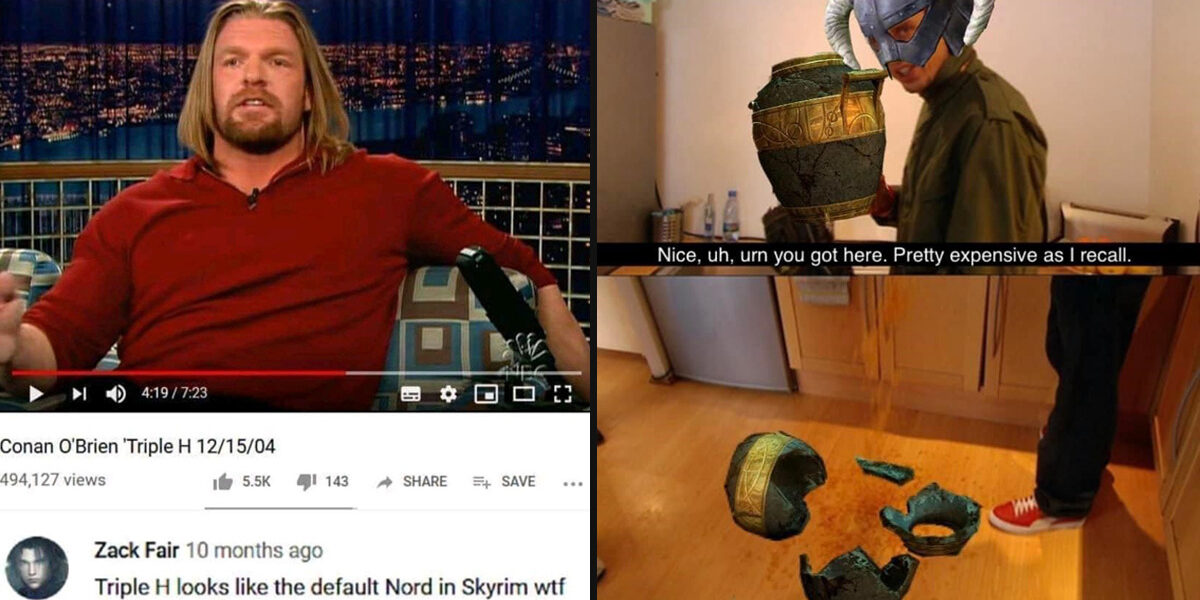 Greetings, gamers. And non-gamers. That’s the great thing about memes. Even if you’re not familiar with a subject, you can still enjoy memes about it without feeling completely lost. This is especially true where Skyrim memes are concerned. I’ll come out and say it: I’ve never played the game. I was forbidden from owning any sort of video game console as a child, which didn’t exactly prepare me for being a gamer girl in my twenties. That said, I’ve heard a lot about the game, and over my five years working at Memebase, have seen my fair share of Skyrim memes. It has inspired loads of formats that are useful way beyond the context of the game. Instead, many of the meme formats are used to convey some pretty universally relatable situations and feelings. This here gallery is a mix of those memes and memes for people who, unlike me, actually get down with Skyrim. Hopefully anyone who’s a fan will enjoy the variety.