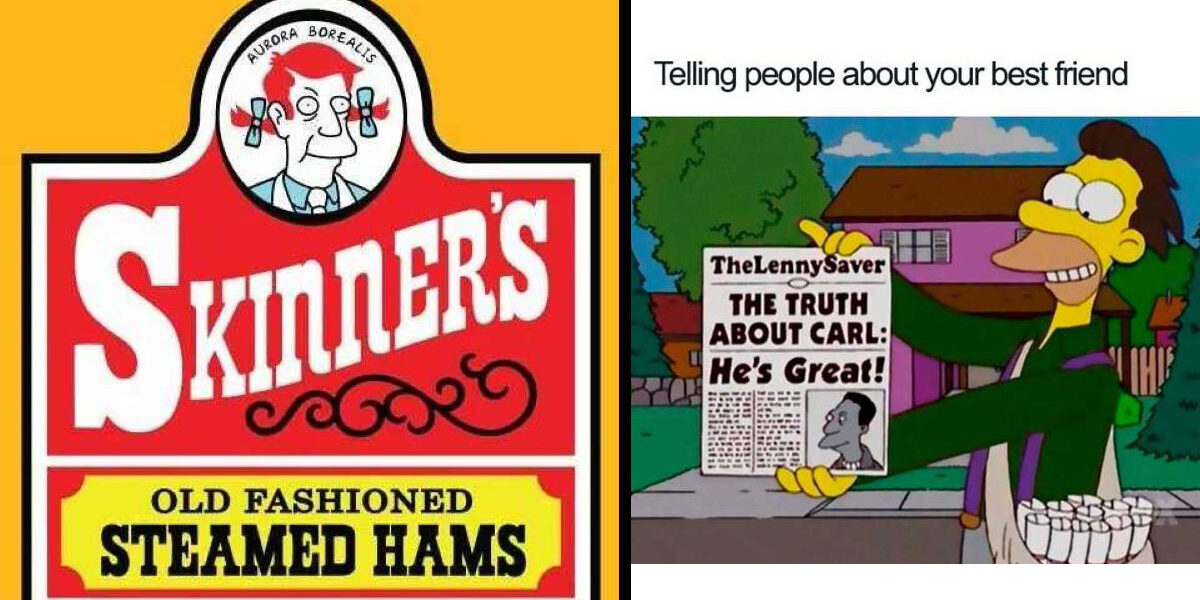 It’s spooky season, which means it’s about time to rewatch all of the Treehouse of Horror Simpsons episodes and try not to cry about the ever declining quality of our favorite cartoon. The Simpsons is such a cultural juggernaut at this point, it’s hard to believe that there will ever be a time when it’s not on the air. At the same time, as someone who hasn’t watched a complete season since Season 10, it is similarly hard to believe that the show is still around. When you hear a description of a modern day Simpsons plot, it can often be disorienting or confusing. Why is Homer aware of things happening in the 2020s? These characters feel like they should be perpetually situated in the 90s, but at the same time, they feel like immortal Gods that can and will never die. Whatever the future holds for these characters, I do know one thing; if feeling a religious-like reverence for one Bart Simpson is wrong, then I don’t want to be right.

Foodies Share Played Out Gifts They Don’t Want to Receive This Year
December 4, 2022

Teacher Memes For Burnt Out Instructors
December 4, 2022
Go to Top