Self-Described Feminist and Misogynist Get Married, Leave People Wondering Why 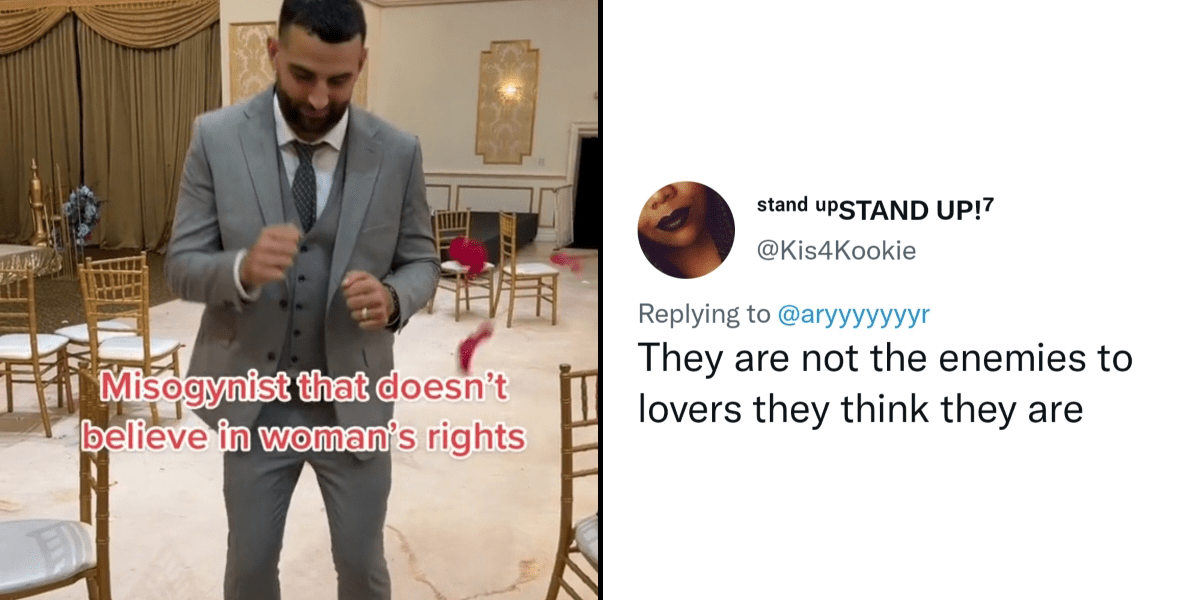 I’ve never understood relationships where the people involved have significant political differences. There are some viewpoints that no matter how long you try to keep a lid on them, they are going to seep out somehow. Nine times out of ten, it’s either going to end in someone getting converted, or a messy breakup. You might think that a fundamental disregard for the human rights of your partner is one of the biggest red flags there is, but according to a TikTok shared by @m.o._1994776788, you would be wrong. In the video, it is claimed that a newly married couple are made up of a “feminist who believes in women’s rights” and a “misogynist that doesn’t believe in women’s rights”. Needless to say, the wider internet were both puzzled and unimpressed with this pairing. It’s hard to imagine how the pair are going to make it work if this is true.