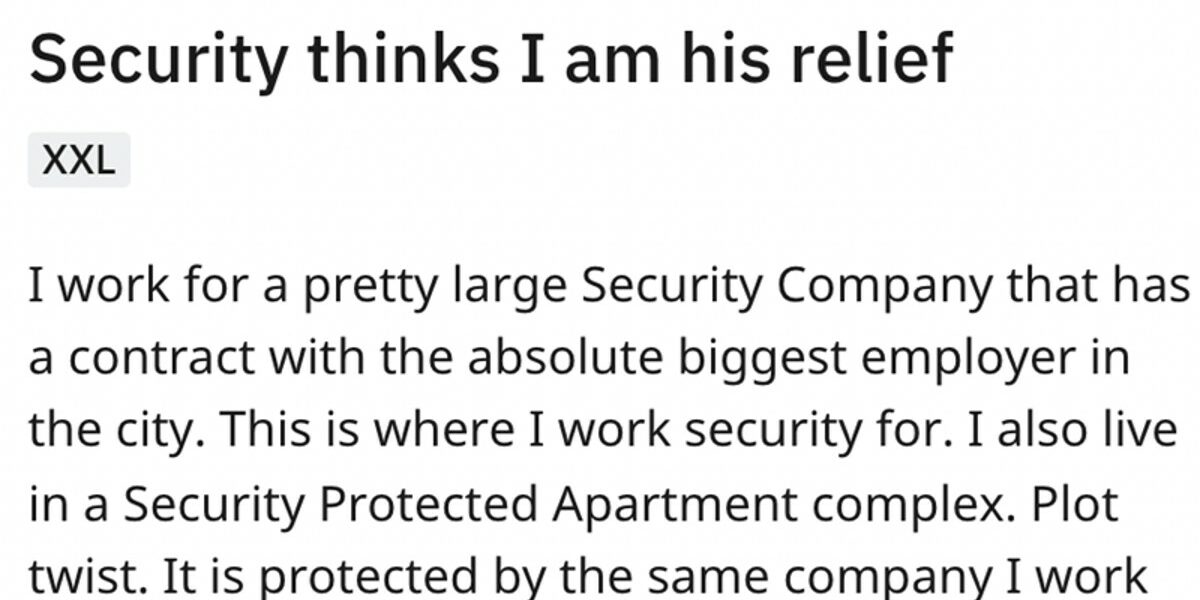 A comically confused security guard saw a fellow security guard walking into one of the resident’s apartments and decided to take action. He knew that this ‘new guy’ was here to relieve him and was acting out of line. When the property manager arrived they were quick to set the record straight and identified the ‘new guy’ as a tenant of the apartment complex. Oh, and they were superior in the chain of command to the security guard and essentially their boss. When it came time to interview for a new position in the company the security guard would be even more surprised to find out who the hiring manager was…

This thread was posted to Reddit’s r/idontworkherelady subreddit by Redditor u/Ok-Cow-599, the security guard who was returning home after work. This small was created to share stories of people being mistaken for workers. Often these stories will be about Karens mistaking random customers for retail staff and berating them for not helping them find something.

This instance plays out a little differently but the story still works within the confines of the subreddit’s content. When the story was originally posted it reached trending at the top of the small sub. We encountered other posts referencing to this one while browsing the web this week and thought it would be worth the revisit.

Scroll on for screenshots of u/Ok-Cow-599’s full story and the reactions below.