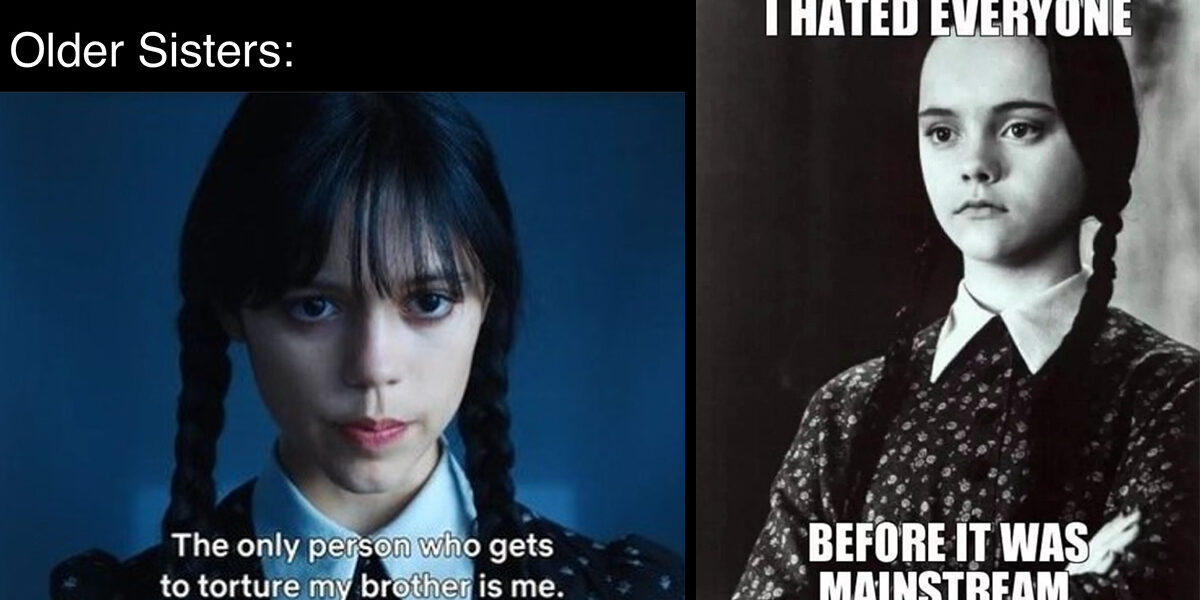 Spooky season is right around the corner and those getting a head start at getting in the spooky mood are doing so by gearing up for the release of the newest series on Netflix about the infamous dark-souled little girl from The Addams’ Family, Wednesday Addams. The series comes out this fall and is directed by Tim Burton. It follows Wednesday Addams around and is simply called Wednesday. It’s quickly gaining popularity even before it’s release, and of course it is—Wednesday is a bada$s. She is being played by Jenna Ortega, with Luís Guzman as Gomez Addams, Catherine Zeta-Jones as Morticia Addams, and it even has the most popular Wednesday Addams Christina Ricci making an appearance. Wednesday Addams is the perfect character that captures dark and mysterious, yet also still an essence of naive youth and curiosity. The series is a “horror comedy,” and like the Addams Family always does, it’s sure to fully embrace the importance of family values. Usually we see the storyline through the entire family, but this time it’s all about Wednesday and we love that. So why not celebrate the best way we know how—with memes!