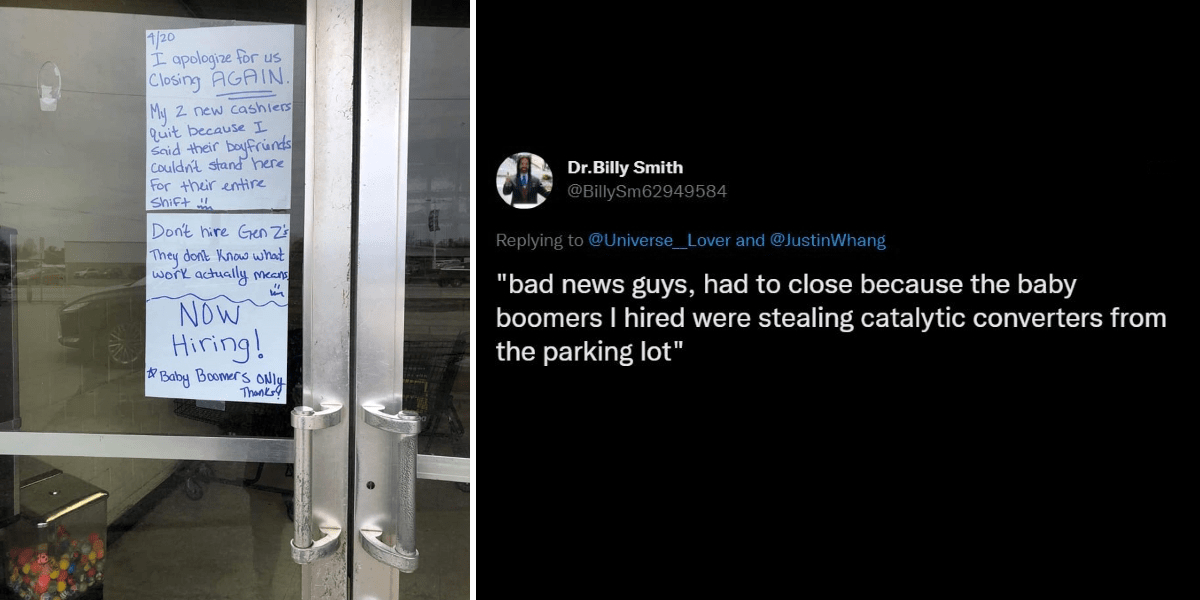 If the older generations are anything to go by, there are a lot of things that make Gen Z an age group to look down on. They can’t spend more than mere minutes away from their screens, half of them use neopronouns, and the main way they communicate is through obscure memes. Oh, and don’t forget the chronic vape addiction.

Worst of all, though, is that none of them really want to work. This is an entitlement thing, of course, and nothing to do with crappy working conditions and stagnant wages. While not every young adult may have the greatest work ethic, the attitude from the other side isn’t always that amazing, either.

This has been underlined by an image that recently gained attention on Twitter, showing a store that was hiring. The handwritten sign claimed that it had had to close that day, because its two new cashiers had quit in protest over not being allowed to let their boyfriends loiter at their workplace. As a result, the store had decided to operate a “baby boomers only” hiring policy.

There were some mixed reactions to the sign, with some suggesting that the way in which the workers had acted made their response understandable. However, many were outraged that an employer would choose to act in such a way. Some even questioned whether it was illegal age discrimination, although the law usually only covers those aged 40 and up. While the behavior of their previous employees might not have been right, it didn’t warrant a reaction that extreme.