Relatable Impostor Syndrome Memes For Anyone in the Struggle 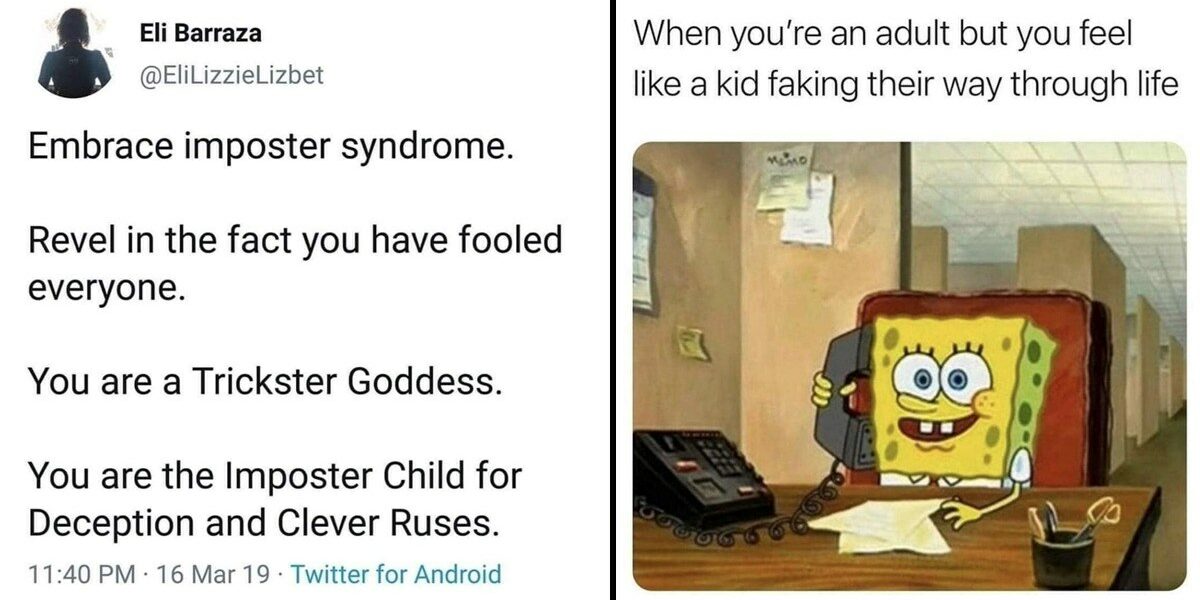 If you’ve ever felt like you’re lying to the world about your abilities, and that you’re undeserving of praise, you may be struggling with a little thing called “Impostor Syndrome.” According to Psychology Today, “People who struggle with imposter syndrome believe that they are undeserving of their achievements and the high esteem in which they are, in fact, generally held. They feel that they aren’t as competent or intelligent as others might think—and that soon enough, people will discover the truth about them.” The relatability of this condition, at least for me, is pretty painful.

I’ve spent most of my life thinking that I was pulling one over on both loved ones and my bosses. When I learned that there was an actual name for this, it was kind of freeing. Once I found out that around 30% of Americans suffer from the syndrome, I was even more relieved. While it sucks to struggle with self-worth and self-esteem, things start to feel less scary once you are aware that you’re not alone with the problems. As is the case with most common (or semi-common) afflictions,