/r/Reddit_Island User And Crypto Libertarian u/CryptoDawn Is Allegedly ‘Closing In’ On Getting An Island For The Subreddit, Recruiting Users To Visit It 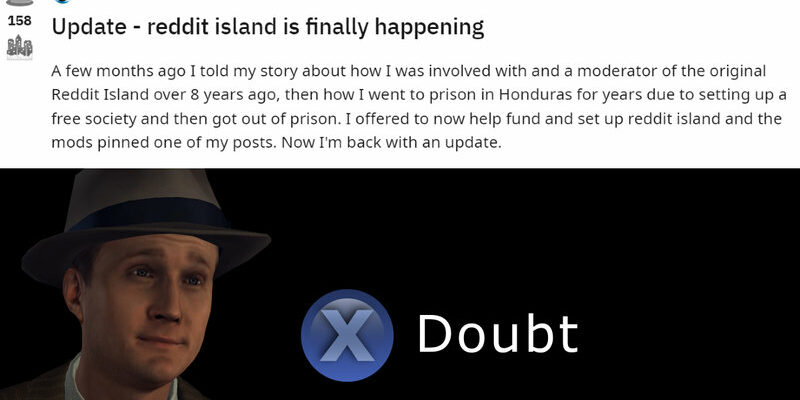 Reddit Island / Memeland refers to a plan by Redditors to buy an island or series of islands and declare an independent nation known as “Memeland” for Redditors to move to. The planning began on April 30th, 2021, resulting in the subreddit /r/Reddit_Island and numerous memes about it appearing on the platform in early May. Plans soon changed to start a Reddit Town rather than an island.