Professionals Introduce Themselves As The Most Offensive Feedback They’ve Received 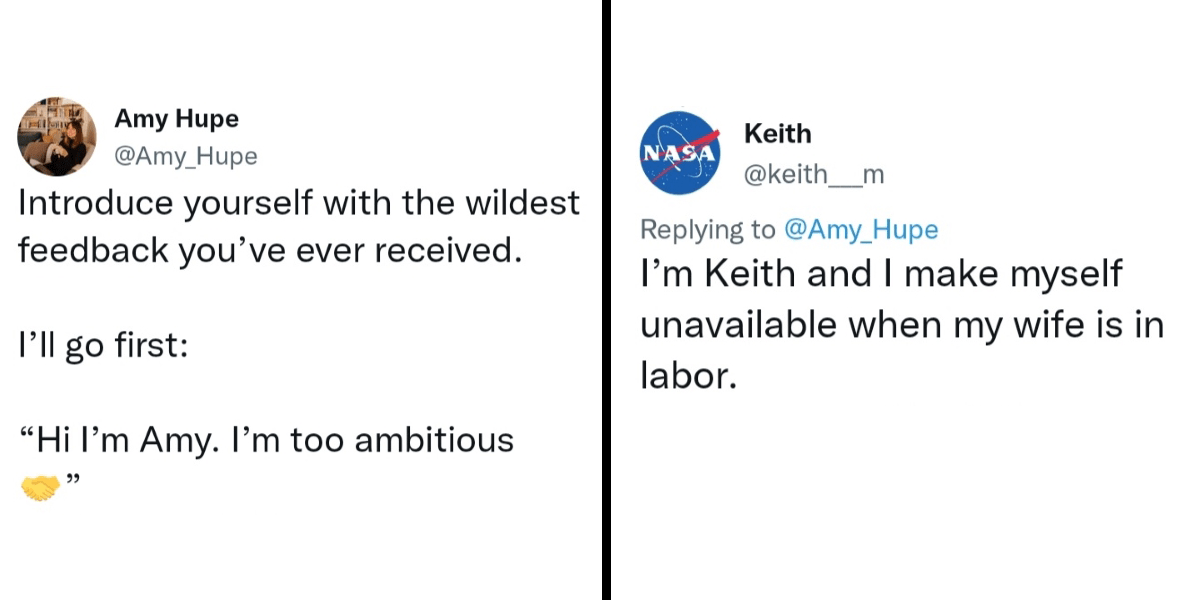 Whether you’re a so-called career person or simply some guy who’s trying to make a dime to pay rent, it’s expected that you’re going to get some criticism of how you do your job from time to time. We’ve all got to take a step back to evaluate occasionally, but more often, this line of attack comes from the customary a-holes that can be found in nearly every workplace.

Everybody has their own methods of approaching their jobs, and it’s a fine line to tread between useful observation and plain old insult. Truth be told, it would take the skin of a rhino to deal with all the petty insults and backhanded compliments that can come from feedback in a professional atmosphere, as well as being knuckleheaded enough to not be able to do any critical thinking. Some of these comments would be hard to believe from anyone without experience of the working world, but unfortunately, many of us are probably able to relate.