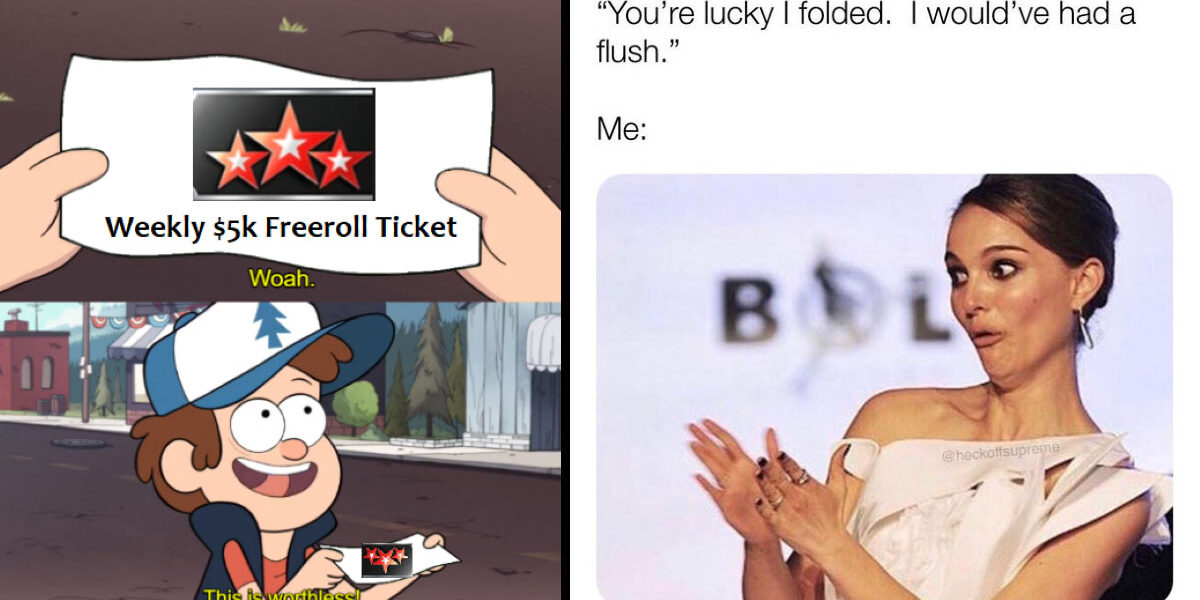 I’m going to be honest with y’all: I have no idea how to play poker. I have seen it in movies, so I know that getting four aces is optimal and hiding your cards from your fellow players is highly recommended, but other than that, I’ve got nothing. When I was a kid, my card game of choice was war. War is, on nearly every level, the complete opposite of poker. It has no strategy whatsoever, and that’s what I like about it. The outcome of the game is pre-destined. By the time the cards are dealt, they have already determined who won. From there, the players can just go along for the ride. There’s a reason many people don’t like that. Part of the appeal of games like poker is that your fate is in the hands of both the player and the cards, and not just the cards. If you love strategy and have a poker face, these memes just might crack it.