People Who Dated Rich Explain the Eye-opening Things They Learned 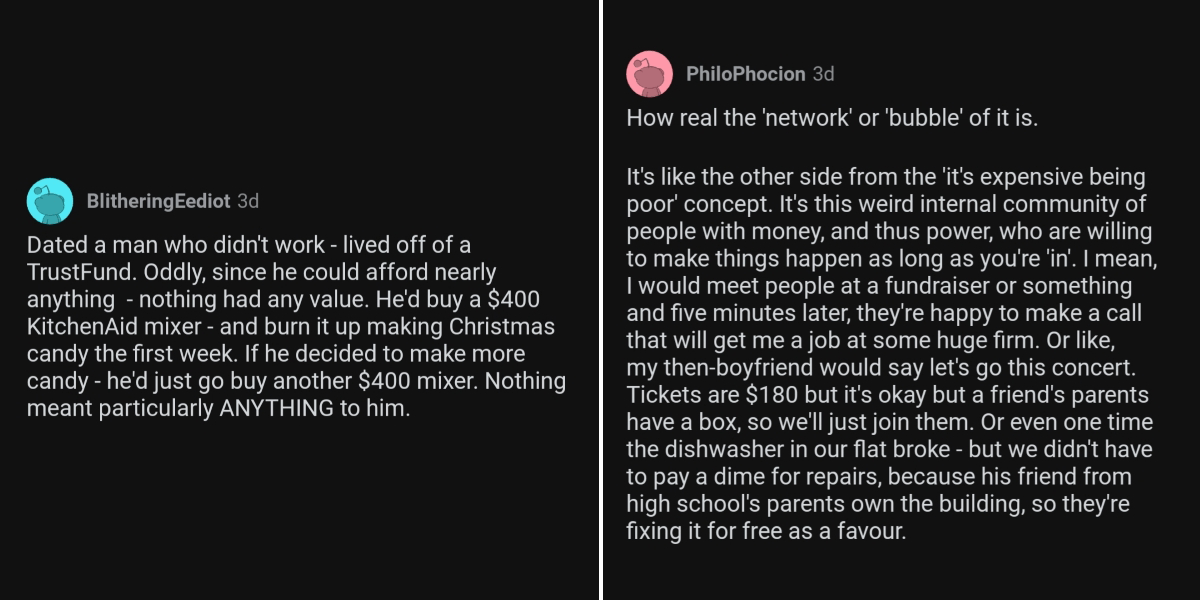 It’s no secret that the ultra-wealthy basically live in an alternate universe to the rest of us. When you have never had to worry about your next paycheck or indeed have one at all, it creates a whole different mindset to the billions of others you share this planet with. It means that many are more inclined to stick to their own when it comes to things like relationships, but that doesn’t mean that this is always the case. Occasionally, us mere mortals get a look into their worlds, which can come as a very big culture shock. This has recently been shown in an AskReddit thread, where people who had dated those with money were asked what they learned from the experience. The uniting theme seemed to be simple: they were incredibly out of touch. However, there are apparently multiple fun ways in which this can manifest. Must be a nice problem to have!