People Share the Wildest Incidents That Rocked Their High Schools 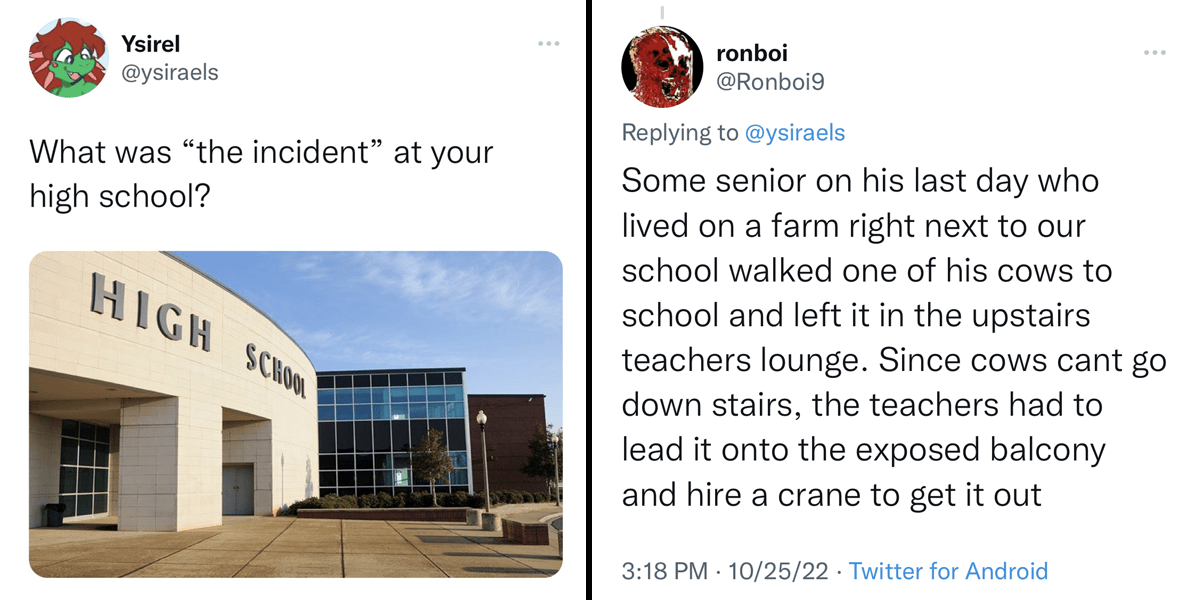 It’s nearly as American as apple pie to have some sort of elaborate prank rock your high school. But at Edward R. Murrow in Brooklyn, there was pretty much only one. The old “5th floor pool” prank. Upperclassmen would hand out maps on the first day of school that touted a massive, Olympic-sized pool, complete with changing rooms and showers. Of course the incoming freshmen were giddy about this development. There was just one problem: the pool didn’t exist. As school-aged pranks go, I’ve always felt it was pretty innocent, especially compared to the antics I’d hear about from friends in the suburbs. Now, thanks to a thread from @ysiraels, I know this is to be the truth.