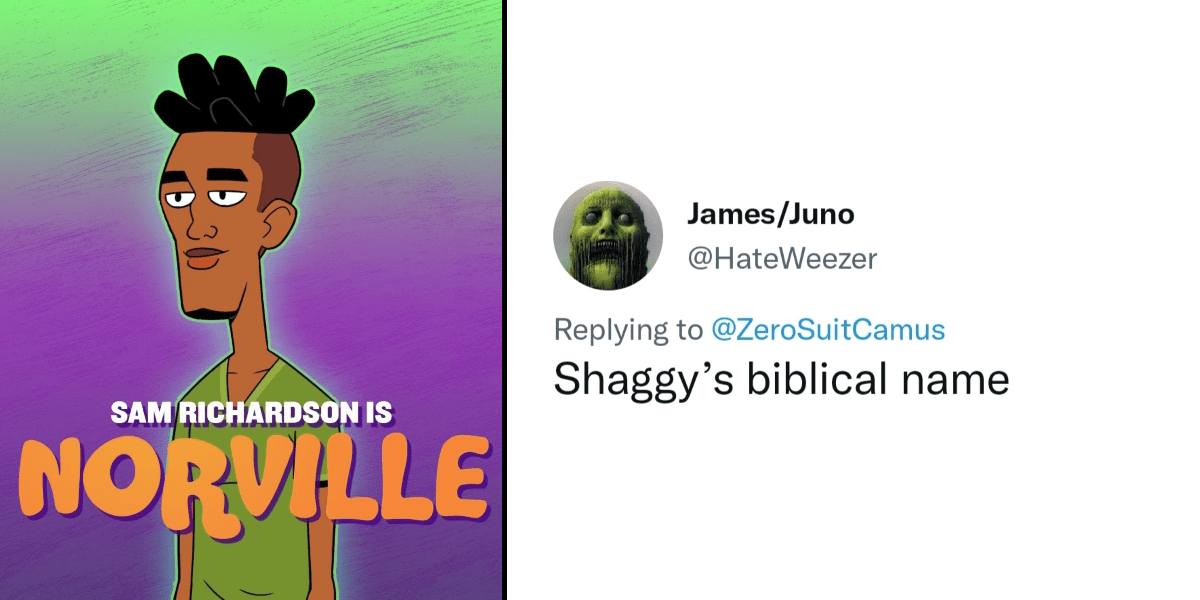 Scooby Doo has been a weekend cartoon staple for generations. There’s barely a kid out there who hasn’t been introduced to the antics of Mystery Incorporated, the meddling kids who wondered around solving hauntings. Its iconic status is hard to argue with, which is probably part of the reason that Mindy Kaling has decided to bring back many of its famous characters with her new spinoff, Velma.

Recently, the first posters for the animated show were released, allowing fans a glimpse into how the gang they know and love was going to be reimagined this time. While the redesigns were (mostly) met with positivity, many were bewildered by one glaring detail: Shaggy, played by Sam Richardson, now carried the name ‘Norville’.

Naturally, Twitter users had plenty of jokes to make about this. However, some pointed out that this reboot was being factually correct, as Norville is Shaggy’s actual name. Every day is a school day, even when it comes to classic shows.