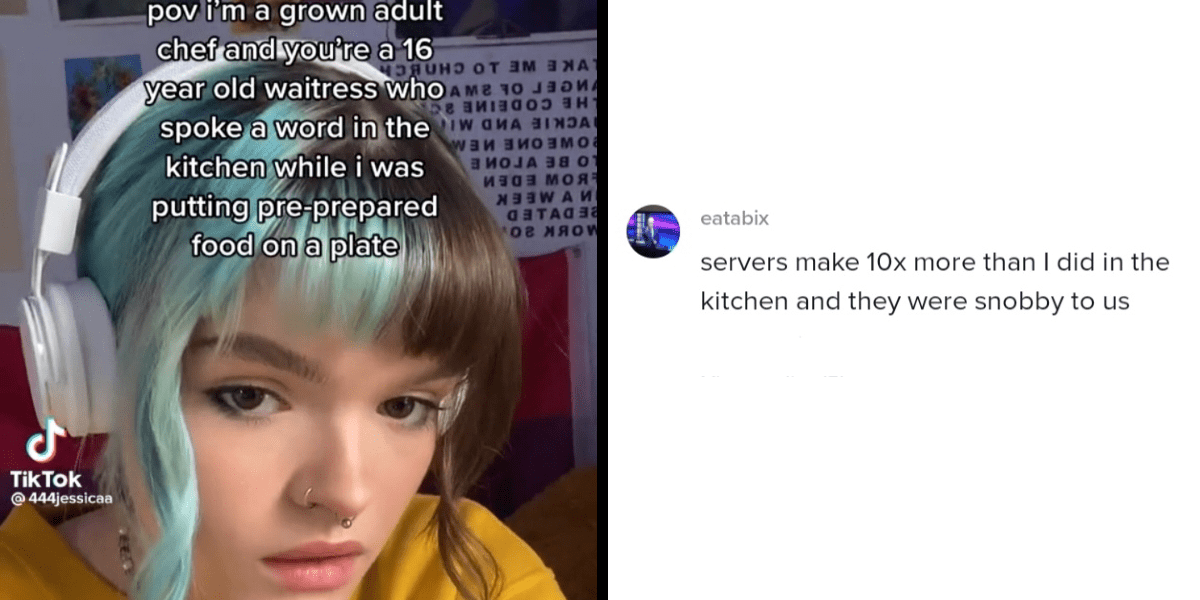 You don’t need to watch every season of Kitchen Nightmares to realize that having a job where you cook professionally is not for the faint of heart. The hours, the heat, and the endless list of things that could go wrong are enough to stretch anybody to their mental limit. Unfortunately, it is the kind of environment that makes some feel it is acceptable to take others to their limit, too. Chefs don’t exactly have a reputation for being the most even-tempered of people, and a TikTok by @444jessicaa is yet another example to add to the list.

Using a not-so-nice sound to do a POV video of a chef talking to a young waitress, plenty of viewers chimed in to share their own horror stories of working alongside angry kitchen staff. Not everyone was on her side, though, with some claiming servers had a tendency to be the problem. Whichever side you might fall in this argument, there’s one thing that we can all probably agree on: the working conditions in restaurants could stand for some improvement.