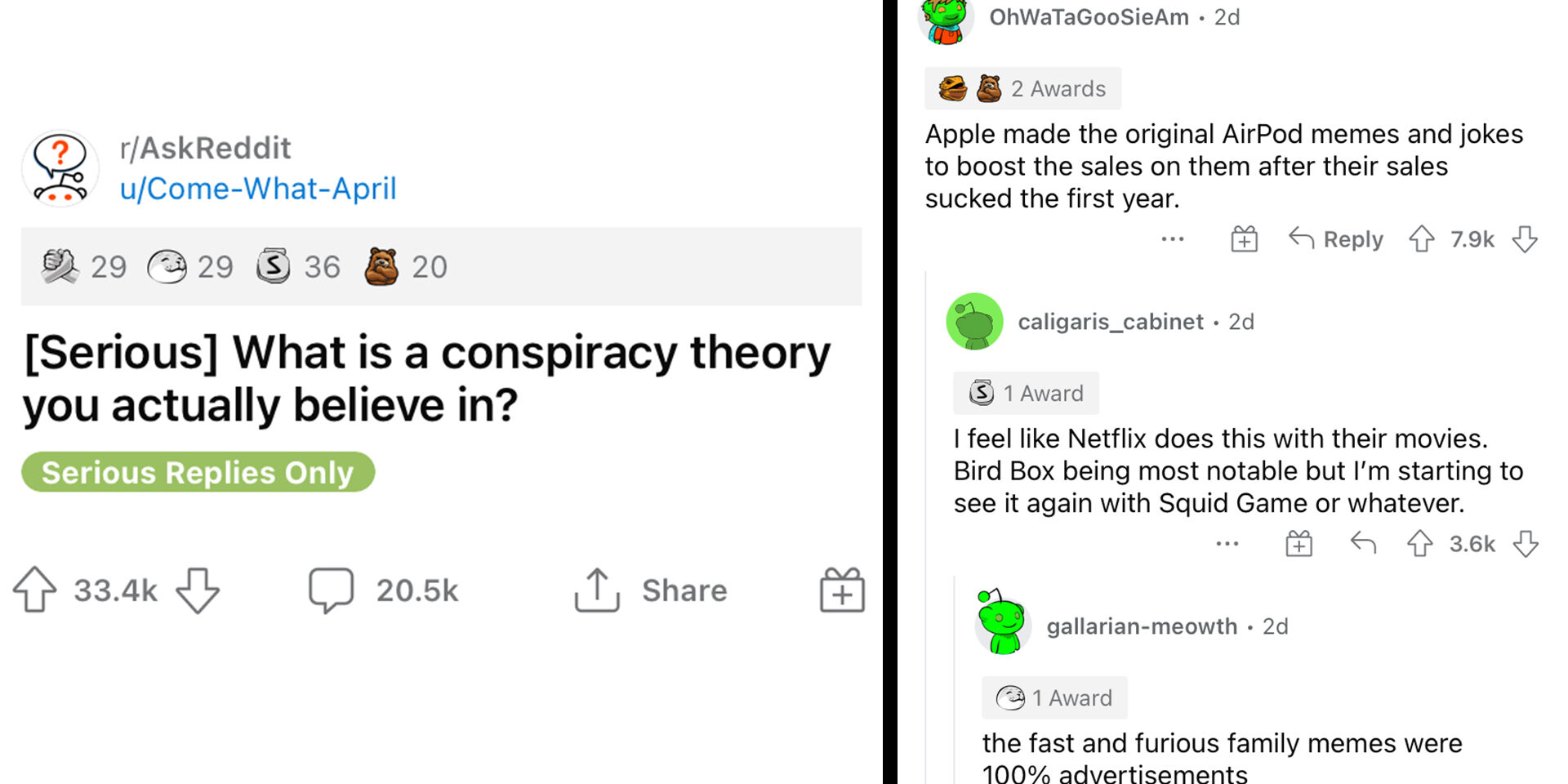 There are some pretty bonkers conspiracy theories out there that are only convincing if you’re stoned enough, but unless you’re living in blissful ignorance, there are probably more than a few things you’re at least a little skeptical about. In a recent r/AskReddit thread about plausible conspiracy theories, incredulous people discuss all the things they’re particularly suspicious about, like dollar slice places in New York (are they a money laundering front?) and memes about movies and TV shows (are they organic memes, or just part of viral marketing schemes?) Scroll along for some thought-provoking highlights from the fascinating thread.

‘I’m Fine!’ Funniest Therapy Memes Of The Week For Those In Eternal Denial
November 30, 2022