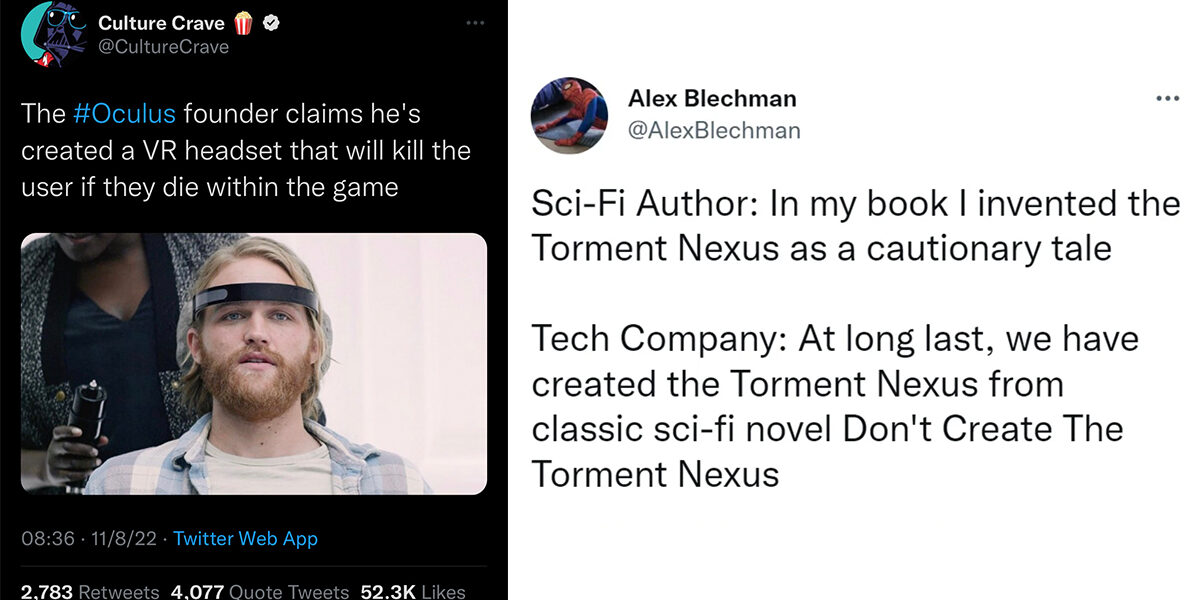 “Don’t you get it? If you die in the game, you die for real.” The viral cautionary message that originated from long-forgotten B-horror masterpiece Stay Alive, is now a reality thanks to Oculus creator Palmer Luckey. But the VR entrepreneur wasn’t only inspired by early 2000s sci-fi. In his recent blog post, Luckey explains that the hit anime series Sword Art Online and its following of dedicated otaku motivated him to create a sort of IRL “NerveGear”—that is, a VR headset that explodes the head of any player who dies in-game. Can you imagine how much more terrifying Dark Souls games would be?

Luckey says that, of course, no one is actually supposed to use the headset. But still, haven’t decades of cautionary science fiction tales taught us that just because you can actualize man-made horrors beyond your comprehension, doesn’t mean you should? Keep scrolling to see how people are reacting to Luckey’s deadly VR headset.