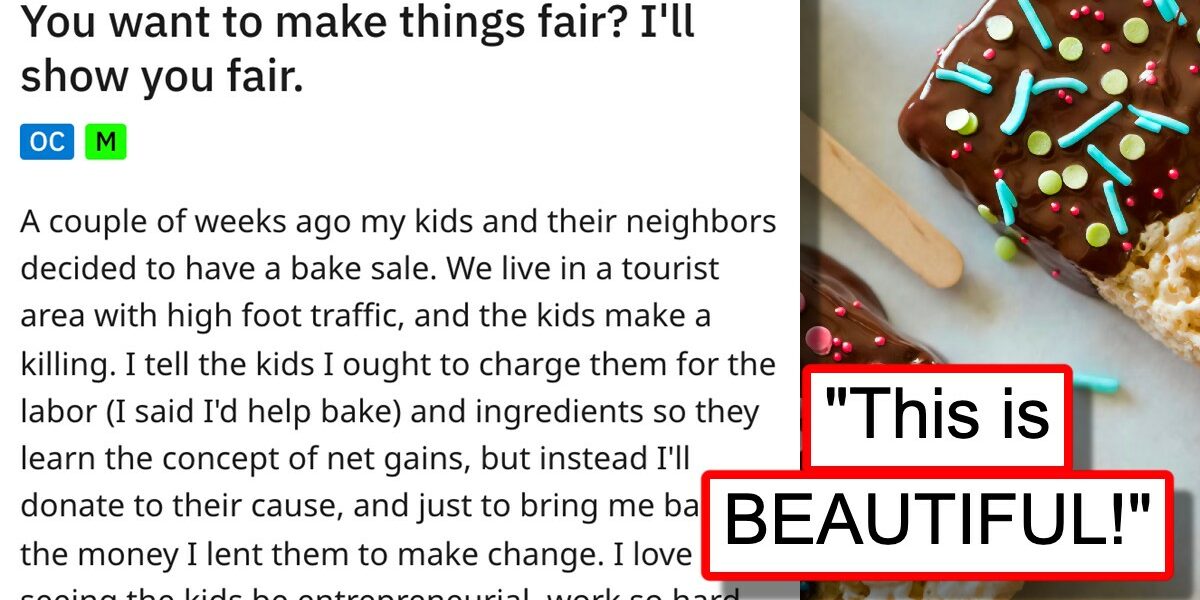 Conflict emerged when this neighbor’s kid demanded that he receive “half the money” from a bake sale when he decided he was bored and wanted to go home early. He wasn’t even willing to stay the full duration and put in the work in order to earn his part of the cash. The other kid responded that this wasn’t fair and that they should split the money earned for the duration that the neighbor’s kid had worked.

This prompted the neighbor to march over to this family’s house, complaining that it wasn’t fair for their kid to profit off of things that she had purchased for the sale. The neighbor was waving a receipt around of the things she had supposedly purchased for the bake sale, half of which hadn’t even been used.

This thread was posted to Reddit’s r/MaliciousCompliance subreddit by the mother, u/snortgiggles, who organized the bake sale for her children to share with the neighbor’s kids.

u/snortgiggles decided that she would play the neighbor’s game and went to get her receipts too, knowing that her total was going to be far greater than the neighbor’s as she had fronted almost everything for the bake sale.

Scroll on for screenshots of the story and the reactions below.