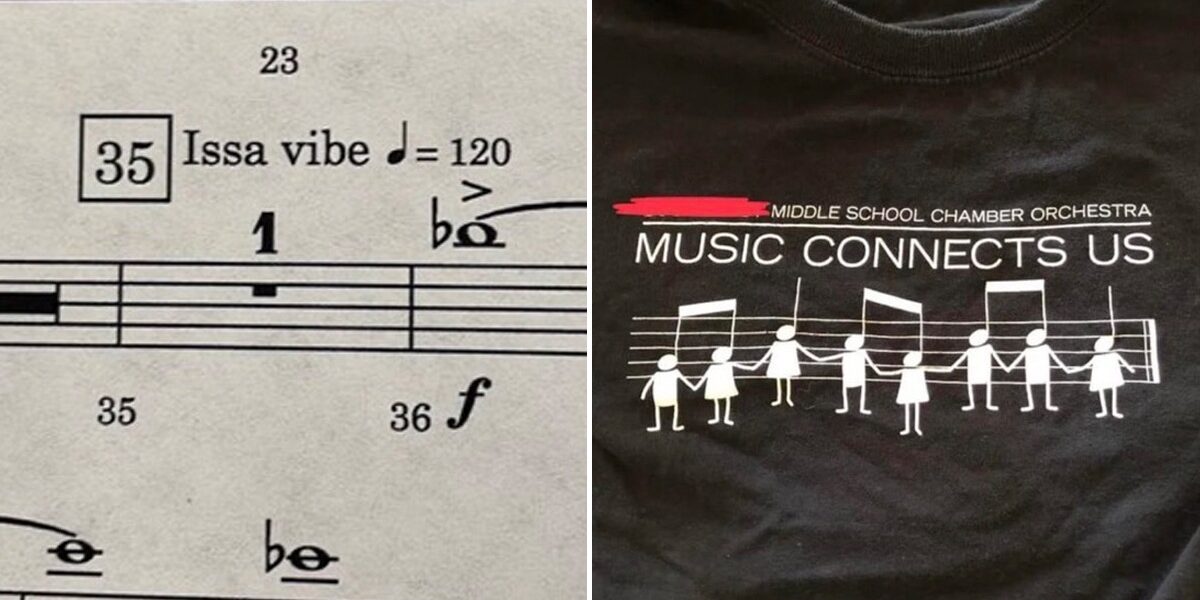 I played a musical instrument once. I played it in one of the most lawless music arenas known to man: the middle school band. During my time as a 12-year-old trombone artist, I was kind of killing it. The best thing about trombone is that most of the notes they need you to play are very easy. I remember distinctly that, in our flawless rendition of Don’t Stop Believin’, I only had to play two notes. I had my knowledge of bass clef and my lips that fit perfectly inside the mouthpiece pulling me through. Unfortunately after seventh grade, I had to take a permanent leave of absence from the middle school band. It turns out the trombone section is filled with the most horrifyingly misogynistic eighth grade boys society could possibly conjure, and I was done. I had greener pastures awaiting me in yearbook class and in theatre arts. The following musical notations might make you laugh if you were able to stick it out in band longer than I did.