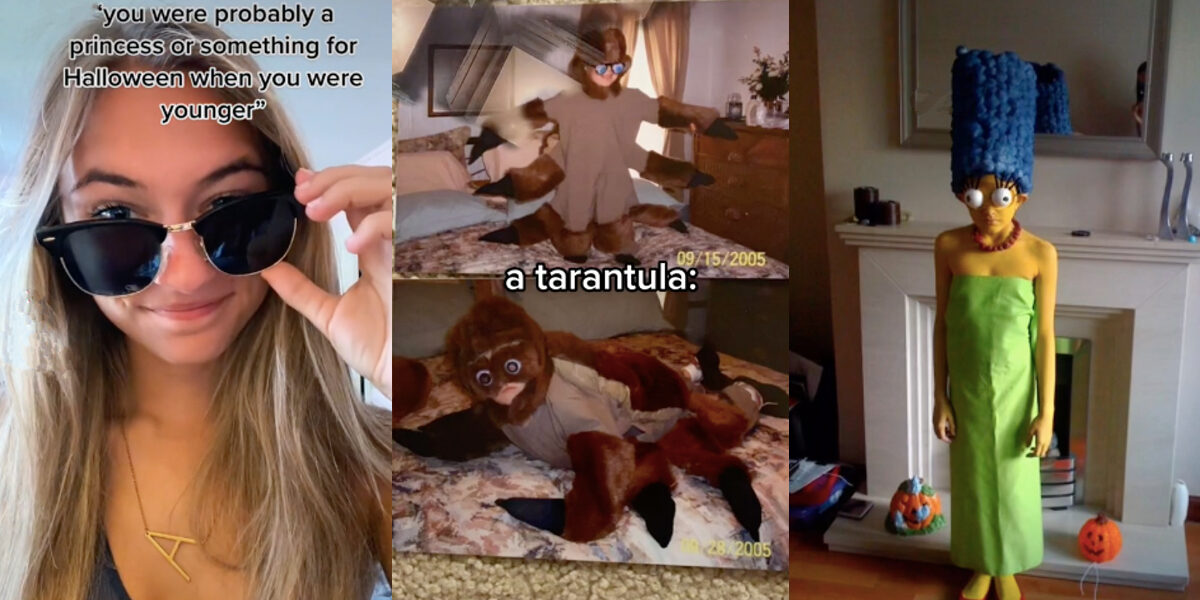 Just like Mean Girls taught us when we were young, hot girls always dress up for Halloween as the raunchy version of some sort of animal. They get lingerie in some animal print or color and simply wear animal ears claiming that they’re a mouse, duh. So what about the girls that commit? The girls that aren’t trying to be hot or attract any of the dudes at the party? Fake beards, fat bellies, and bald heads certainly don’t go unnoticed, but they don’t send the same kind of message as the fishnet tights. The girls in the bald cap are definitely not trying to get laid after the party… or are they ? All eyes would be on Lady Lieutenant Dan with the marker beard and no legs. At least home girl gets to hold a bottle in a bag and have a nice comfy seat all night.

Sometimes the hot girls surprise you and they throw the lingerie out the window, choosing a more eye-catching and potentially disturbing Halloween costume in its wake.