Mom Sparks Intense Debate After Being Forced to Choose Between Daughters 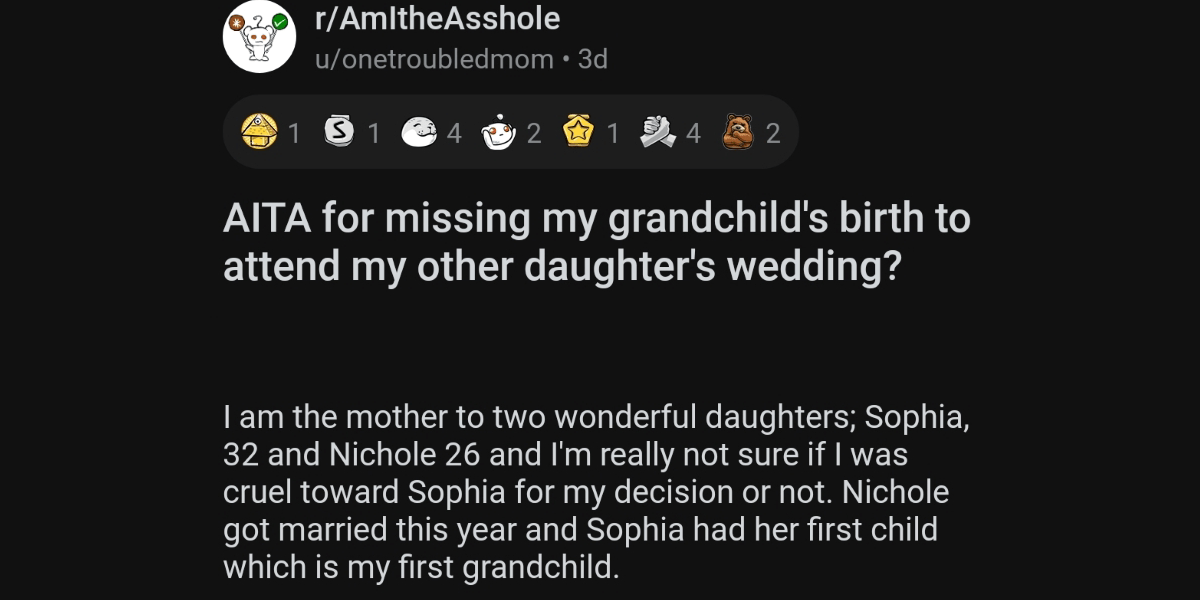 Families are complicated. Even with the best of intentions, there is guaranteed drama somewhere down the line any time that you have no choice but to grow up with or raise somebody. As a sibling, the things you go through together as kids are often what will get regurgitated in numerous therapy sessions years down the line.

However, these things don’t just magically end in adulthood. In fact, they can often become more difficult for everyone involved. Reaching a crisis point is never fun, and it’s rare that it happens as dramatically as it did with u/onetroubledmom. The parent found herself in a predicament after both her daughters were experiencing pivotal life events at the same time: one getting married and the other giving birth to her first child. Unfortunate timing meant that she ended up at the wedding ceremony when her other daughter was having her baby, leading to a whole amount of upset. There’s no denying that this was a near impossible situation to be in, which many Redditors acknowledged. It seems like having kids doesn’t always get easier the older you get.