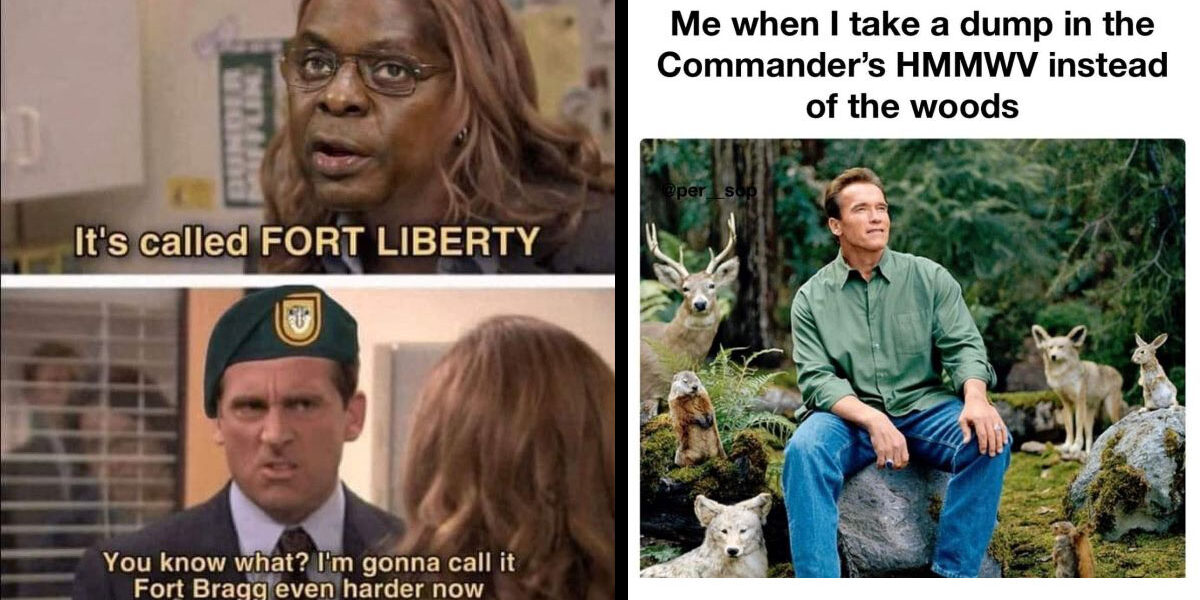 Happy Veterans Day! November 11th is the day when we celebrate the men and women who have served The United States with the utmost grace and dignity. When I was in middle school, I played the songs of the branches of the military in the school band during the annual Veterans Day assembly. We played Semper Paratus, Semper Supra, Anchors Aweigh, Marines’ Hymn, The Army Goes Rolling Along, and The U.S. Air Force. All of the veterans in the crowd would stand during their branches section. I mention all of this to say that The U.S. Air Force is one of the biggest bangers ever written on American soil. “Off we go into the wild blue yonder, Climbing high into the sun?” Don’t mind if I do! The fact that that song represents even one part of our military makes me tear up with patriotism, and I’m not afraid to say it. Whether you’re a veteran, are in the military presently, or know and love a veteran, the following memes might be for you.