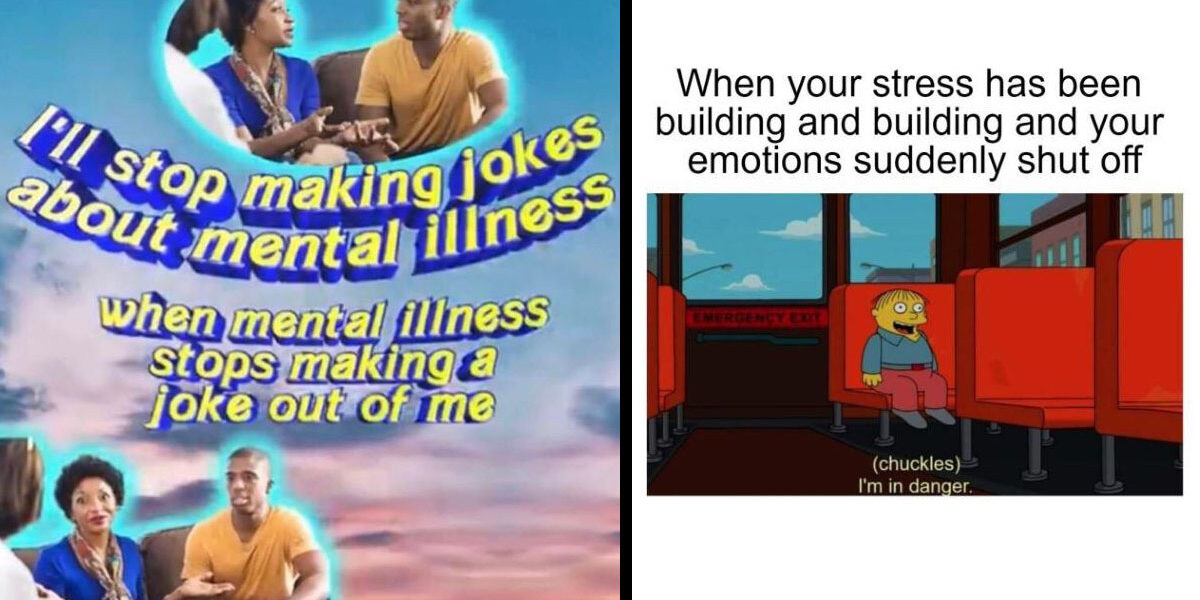 We all have mental health, but some of us have less mental health than others. Conversations around mental illness often focus on more socially acceptable diagnoses. Anxiety and depression are not only extremely common but also widely discussed. In a way, they’ve almost become completely destigmatized conditions. It’s kind of wild how much more socially acceptable to talk about these things now. Back when boomers were growing up, it was incredibly hush-hush. Nowadays, everyone’s on Lexapro, and everyone is living for it.

Even though some mental illnesses are more normalized now, they aren’t across the board. Other, less normalized mental illnesses exist, like borderline personality disorder, PTSD, and bipolar disorder. People with these conditions deserve relatable memes about their trauma just as much as anxious and depressed people! We’re all out here struggling with our mental health, and if memes can help us along the way, that’s even better.