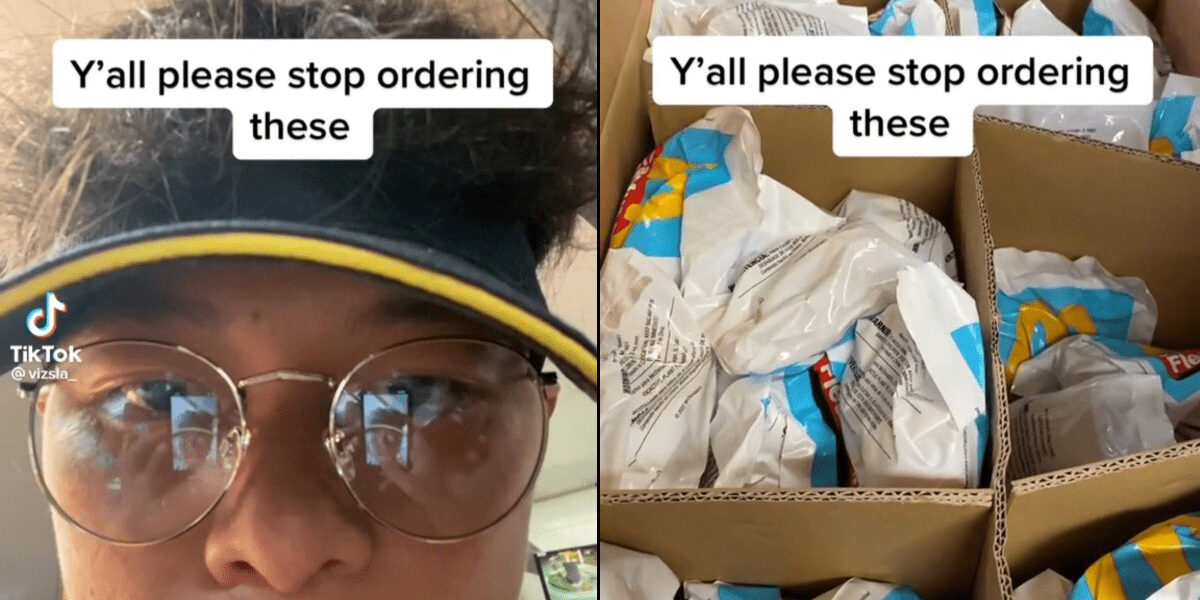 It’s accepted as fact these days that most people who are millennials and younger have varying degrees of Peter Pan syndrome. Nobody with half a brain wants to accept responsibility in the sh*tshow decade that is the 2020s, so we may as well regress back to a time where we didn’t know what was coming.

Unsurprisingly, there’s no shortage of brands willing to capitalize on all of our second childhoods. Disney alone laughs all the way to the bank with its millions of adult fans. It’s easy money, so it’s shocking that it took McDonald’s this long to hop on the nostalgia gravy train with the adult Happy Meal.

The product seems to have been a runaway success — so much so, in fact, that the employees who have to deal with the launch are not enjoying it. This was recently underlined in a TikTok by @vizsla_, in which the worker complained about the massive volume of orders that his restaurant was receiving. However, viewers were short on sympathy for him. Guess people really want those toys.