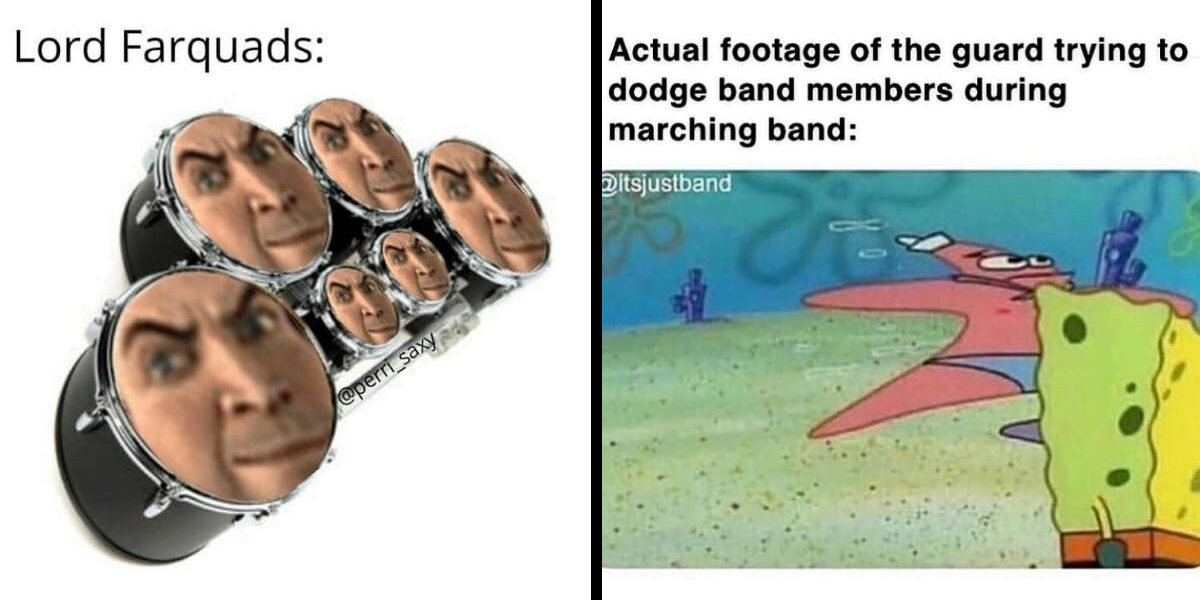 Those who were never band kids don’t know how much spit is involved. Sure, other extracurriculars like baseball might inspire youths to become chronic spitters, but the school band takes it to a new level. If you play a woodwind instrument, you’ve got to moisten your reed up with spit, and if you don’t, it will probably sound not very good. If you play a brass instrument, you have a “spit valve.” When you play your instrument, the moisture from your lips travels through your instrument and builds up to the point where you have to release a stream of your own spit, lest the instrument be perpetually filled with saliva. Even worse, the spit from the spit value just gets released onto the carpet of the band room, as inconspicuously as a splash of spilled water. One of the best parts of marching band is that the brass can release their fluids into the far more socially acceptable location of astroturf.