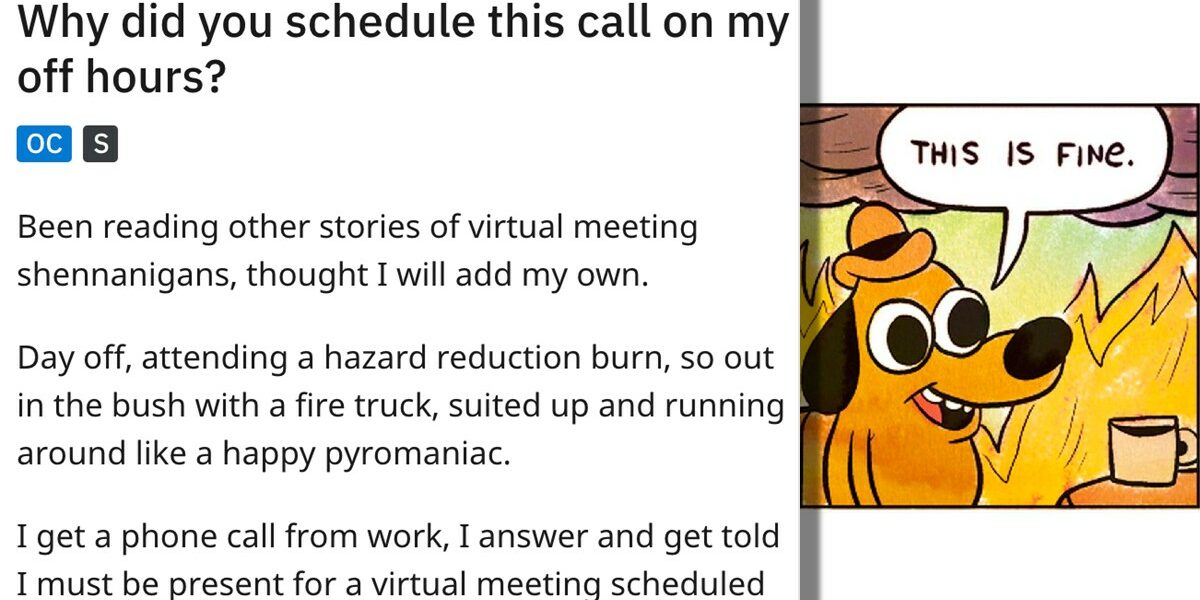 This volunteer firefighter was threatened to be fired while attending a fire on their day off. Their boss called them while they were out attending a fire in the bush (Aus/NZ slang for a thick undergrowth forest with smaller trees and lots of plants at ground level) and demanded that they attend a virtual meeting in 10 minutes’ time or they were fired. The manager was late for their own meeting and when they finally arrived they demanded that the firefighter turn their camera and mic on.

This story was posted by the firefighter, u/taipan821, to Reddit’s r/MaliciousCompliance subreddit who shared this story in honor of their “malicious compliance” to their boss’s direction to turn on their video and mic, knowing the drama that would unfold.