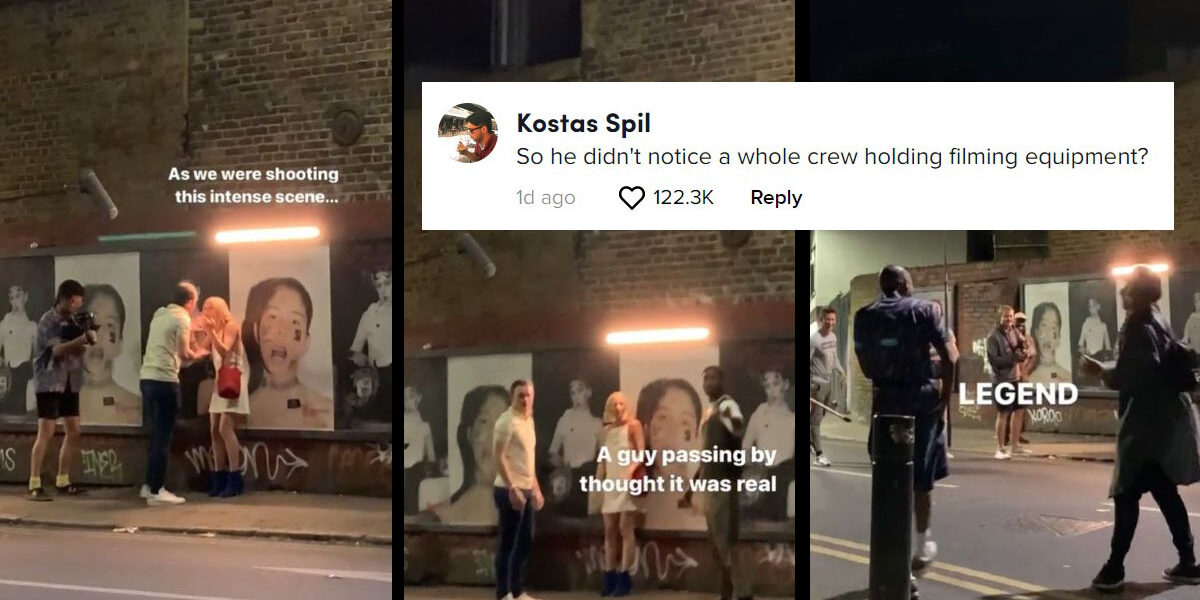 There seem to be very few good samaritans who will intervene in a precarious situation. There is actually a psychological explanation for this called The Bystander Effect. According to Wikipedia, the bystander effect, or bystander apathy, is a social psychological theory that states that individuals are less likely to offer help to a victim when there are other people present. People feel like because there are other people around, they will intervene, and they themselves don’t have to do anything. However, as shows like the seminal classic What Would You Do have proven, there is often that rare individual who will stand up for what’s right.

One man took that duty to heart when he intervened on a couple fighting in the streets. Luckily, this wasn’t a real fight at all and was part of on-location filming for a movie. Despite the futility of the intervention, the moment is wholesome, and some are lauding this man as a hero.