James Corden Exposed As a Karen By Restaurateur Keith McNally 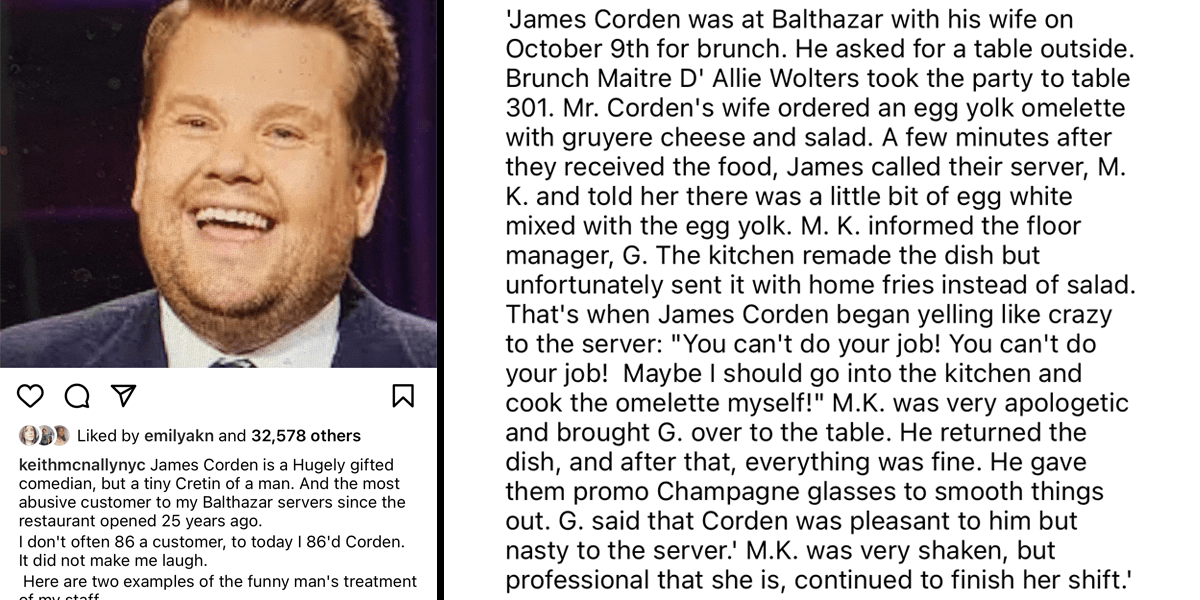 English entertainer James Corden is an easy target. His entire presence, to some, can only be defined as “cringe.” The singing, the bumbling about, the Top 40 squeals and that godawful ‘Carpool Karaoke,‘ in which he seems to want to make everything about him. His presence, to us, is grating, but we’ve never heard of him committing some sort of moral or ethical crime against humanity. Until now. Thanks to restaurateur Keith McNally, who owns NYC institutions Balthazar, Pastis, and Minetta Tavern, we now have evidence that Corden is a Karen. And we couldn’t be more excited.

The news came to us via Instagram, as many important revelations do in the year 2022. Yesterday’s first post from McNally featured a very pixelated photo of James Corden’s face, accompanied by the announcement that the entertainer was 86’d from Balthazar, McNally’s famed bistro in Soho. McNally included multiple accounts of Corden’s bad behavior – accounts we ate up more gleefully than we would the restaurant’s $60 steak au poivre.