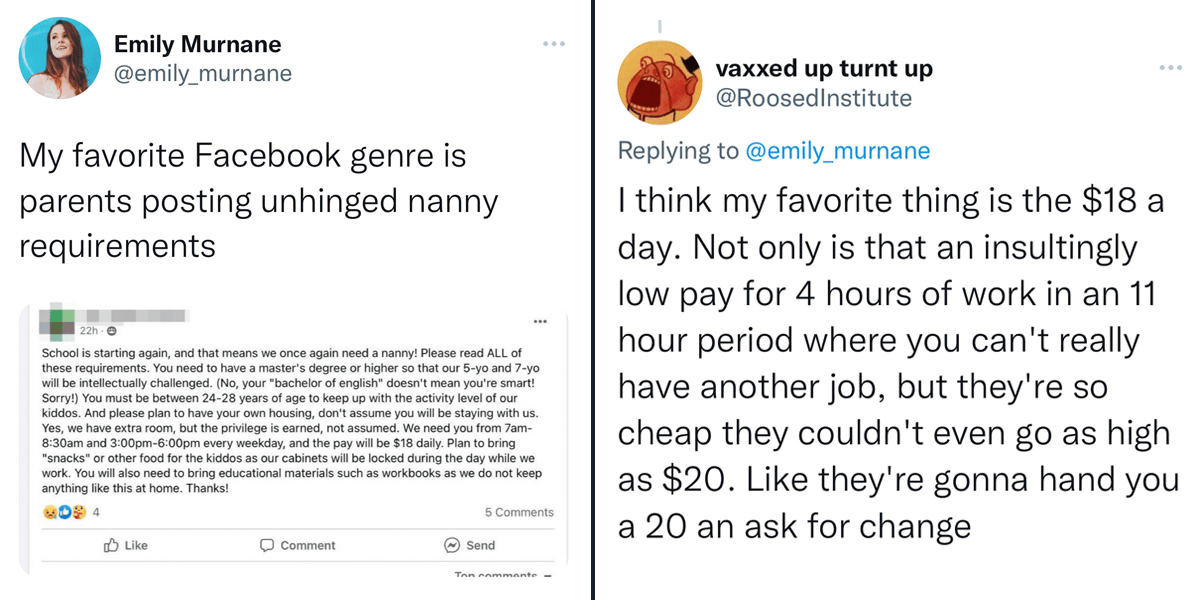 When I was in high school, I made enough money babysitting for 12 hours that I was able to buy illicit substances that will remain unnamed. Friends of mine saved thousands over the span of a year just taking care of rich peoples’ children in their own neighborhoods. While I don’t remember my exact wage, it was definitely at least $10 per hour. For a teenager in the early aughts, that was a pretty reasonable amount of money – just two dollars less than I made at a fish market in the summers.

If we account for inflation, if it was 2022 I’d be paid $14 per hour. Which is under minimum wage, but hey. It was always under the table. You’d think that babysitting and nannying jobs would be a little more lucrative in this day and age. And we’re sure that there are plenty of well-paying gigs for qualified childcare professionals. But we’re also sure that there are still entitled parents out there trying to hire nannies for pennies.

Twitter user @emily_murnane shared an advertisement from one such parent yesterday – a casting call for a nanny with a whole lot of interesting requirements.