‘I no longer run on Dunkin’: Customers React to Scandalous Overhaul of Dunkin’ Donuts Rewards 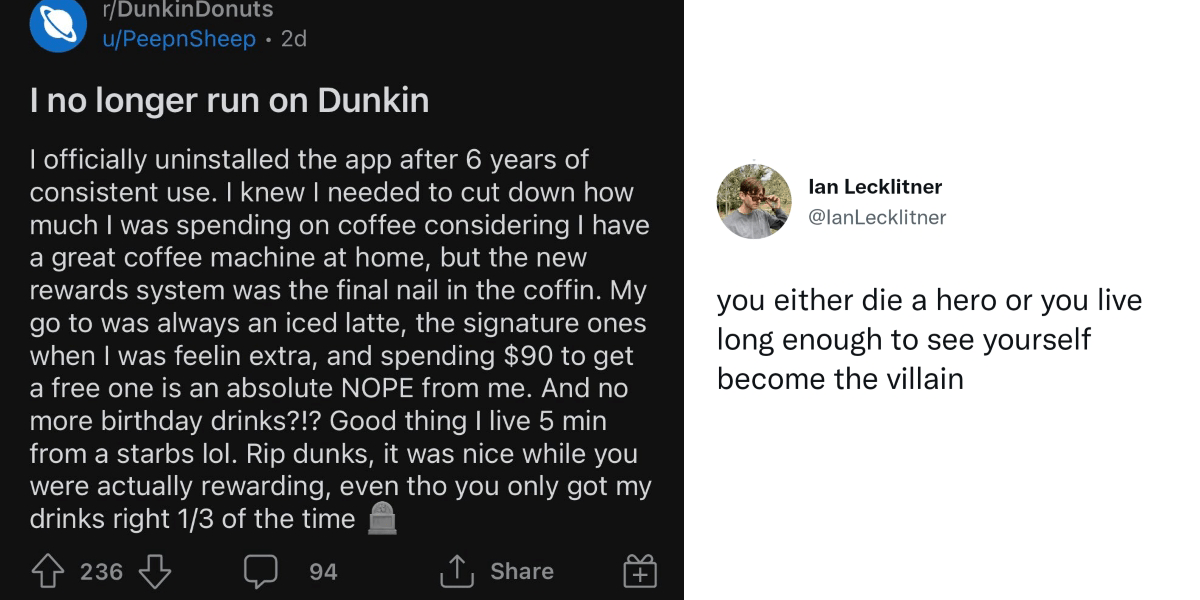 Pour one out for all the born and raised New Englanders out there — but make sure that it’s a Starbucks. The past week has ushered in a period of mourning, all thanks to their favorite brand of coffee.

Ben Affleck’s favorite place, Dunkin’ Donuts, has sneakily overhauled its coveted rewards system. No longer can a Dunkin’ member redeem a free coffee of any size or style for a mere 200 points (5 points per dollar). Now, it’s 10 points to the dollar, but it takes between 500 to 900 of the little suckers to get that beverage of choice.

It’s left thousands, maybe even millions, of loyal customers feeling shortchanged. As @magdajtaylor pointed out, the new arrangement has had the Dunkin’ subreddit on the verge of rioting. At the very least, there seem to be a lot of patrons out there who are taking their caffeine addictions elsewhere. Is this the end of the beautiful phenomenon of Dunkin’ Donuts as the people’s coffee? Only time will tell. It’s not like they get the orders right half the time anyway.