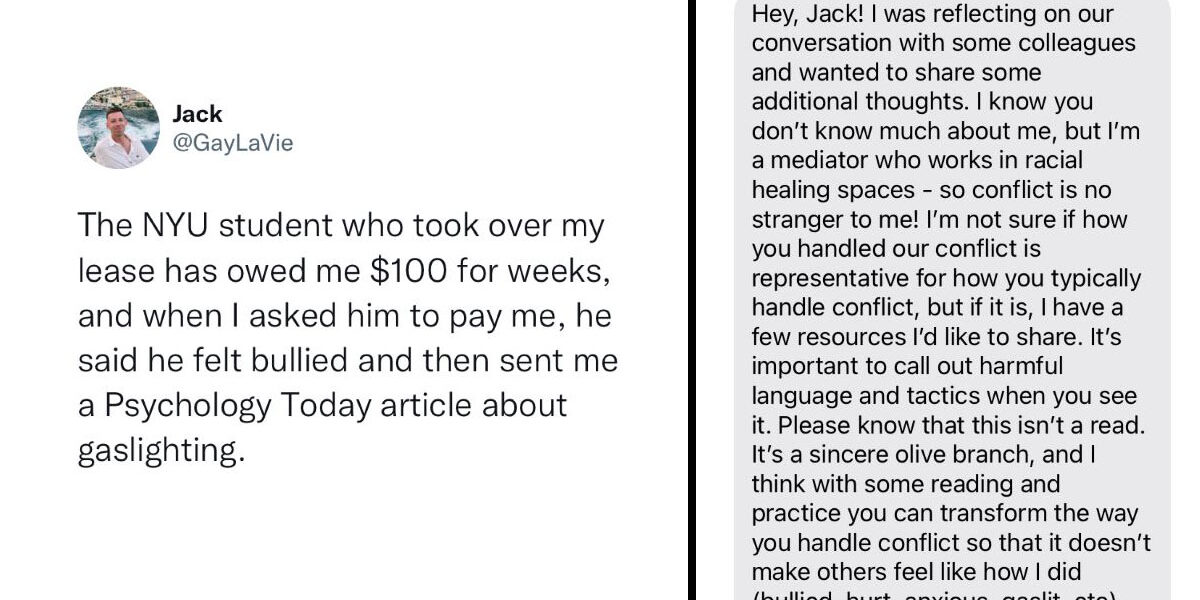 There’s nothing worse than having an impenetrably bad roommate. They refuse to budge no matter how much you ask them to clean or pay their bills. I feel like I could tolerate a roommate that is bad but owns it. Like yeah, they are never around and don’t do much around the house, but they at least don’t try to make foolish excuses for their poor behavior. The worst breed of roommate is those who are incompetent but try to justify it with psychological concepts to make it seem like you’re the one being the bad roommate. I understand that mental health can be a factor in people’s inability to care for themselves. However, many people just use “mental health” as an excuse for being horrible. The latter was the case when Twitter user @GayLaVie had a college student take over his lease. The new tenant owed him $100 as he inherited his TV, dining room table, and other expensive items. When he asked him to pay for it, all hell broke loose.