History Memes That Use the Olden Days as a Punchline 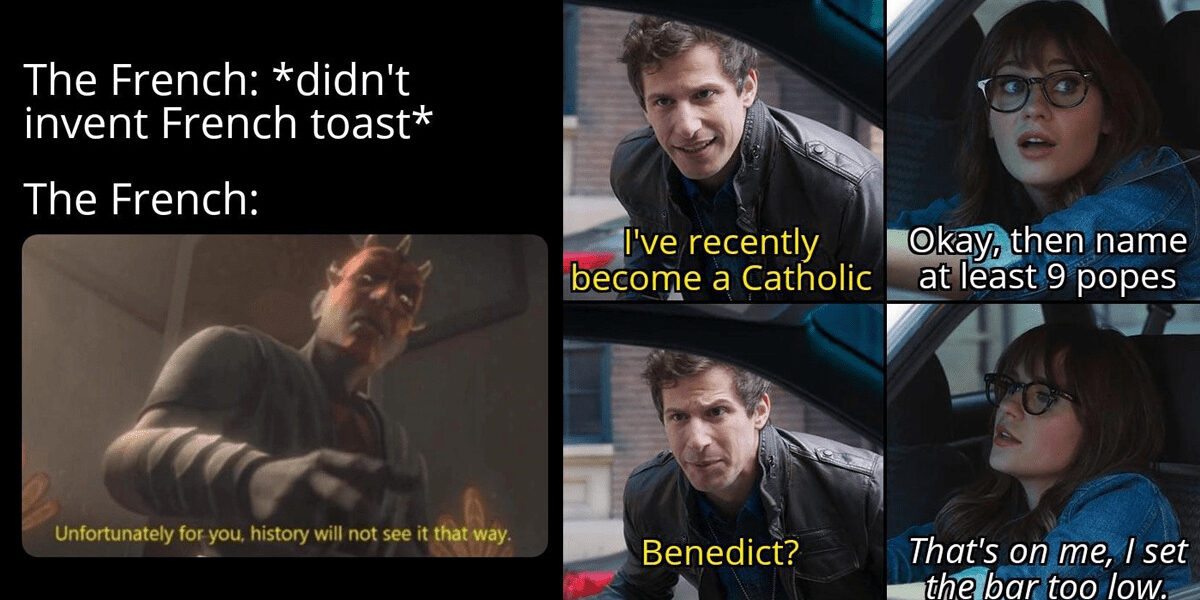 When I was a sullen teenager with a vintage clothing addiction and an ever-growing record collection, I would often find myself thinking “I wasn’t made for these times.” I likened myself to an old soul – world-weary and wise, with a timeless charm and worldly intellect. While some of this is probably thanks to living in New York City, a cultural mecca of sorts, I was also just…dumb. What times did I really think I was made for? The Great Depression? Did I think I would be better suited to the dreariness and bubonic destruction of the Middle Ages? Or was I more of a shoo-in for the Oregon Trail?

The truth is that I would have suited none of these eras. I needed the Internet, and sometimes it feels like the Internet might even need me. Though I have accepted this fact, I am still fascinated by the days of yore. I just enjoy them via the web’s great wealth of history memes, instead of my teenage fantasy. It’s a little healthier, and a hell of a lot funnier. See for yourself.

Hilarious ‘White Lotus’ Tweets Predicting Who Will Stay At The Resort Next
December 2, 2022

Entitled Neighbor Karen Calls Tow Truck When Dude Parks in Front of His Own House
December 2, 2022
Go to Top